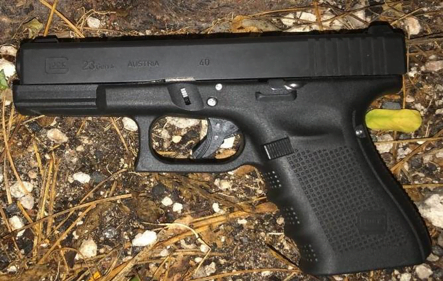 NASSAU, BAHAMAS – Police in the capital recovered an illegal firearm and a quantity of drugs on Monday, June 17, 2019.

According to police reports, shortly after 8:00p.m., Central Detective Unit Officers were on patrol on Ferguson Street in Bain’s Town, when they noticed a group of men through a track road. As the officers approached, the men ran from the area making good their escape.

Officers conducted a search of the area and recovered a small quantity of suspected marijuana and a .40 pistol.