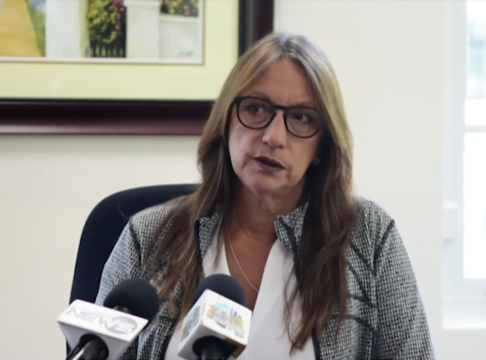 NASSAU, BAHAMAS – The Inter-American Development Bank (IDB) hosted an audience with media on Wednesday, to reveal a number of multi-million-dollar projects being rolled out in the capital and the family islands.

Daniela Marquis, IDB Representative, revealed yesterday that the international bank has an aggressive list of projects in the pipeline which are expected to introduce a new era of efficiency in the private and public-sector nationwide.

According to Marquis, the IDB is set to pump millions of dollars into various projects.

First on the list is a $30 million-dollar loan to support government’s aggressive transition to digital platforms throughout the public service.

“One part is actually to do the processes in a digital way, but before we get to that we have to re-engineer the processes themselves to avoid repetition and overlapping of information that are in a lot of different agencies,” she said.

“So, we need to redefine processes and then transfer everything over to digital.

Marquis said Bahamians should begin seeing the fruits of the digitization within the next three years.

There are also loans pegged for the introduction of renewable energy sources, according to Marquis.

Marquis said renewable energy should be well on its way in New Providence and the Family Islands by 2021.

“It’s going to be very difficult to have all of them addressed at the same time but there will be different phases rolled out,” she revealed.

“The program itself is going to be longer than what we normally do; it will last between eight to 10 years.”

It is expected that Family Islands that are most in need of renewable energy sources will be the first to benefit from the energy program.

It’s a mammoth task that Marquis said is funded by a $170 million-dollar loan.

“The whole thing is going to be around 170 million dollars; Nassau and the Family Islands,” she said.

“You have to meet the quota for renewable energies by 2030 so we have to tackle the smaller islands and the larger populated ones, like Nassau, at the same time.”

The IDB currently has a total of 12 major projects underway in the country.