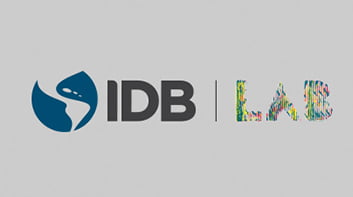 The Bahamas will have its first novel Marine Waste Reception and Processing plant that uses cutting edge technologies to contribute to the preservation and protection of the Blue Economy and ocean environment and the improvement of the livelihoods dependent upon them; it will also improve the water quality and effluent treatment of isolated communities. The project was approved in June by IDB Lab.

The Bahamas is a tourism dependent economy which attracts millions of visitors every year.  Tourism makes a significant contribution to the economy and livelihoods of more than half the population, accounting directly and indirectly for 43.6% of its GDP, 55.7% of employment, and 73% of exports in 2017, according to the World Travel and Tourism Council.

One global study indicates that during the last decade, illegal dumping and routine operations of vessels account for between 666,000 and 2.5 million tons of hydrocarbons per year being improperly discharged from vessels into the ocean. The risk of discharge into the Atlantic Ocean and the Caribbean Sea of pollutants, such as oil, noxious substances, sewage and garbage resulting from the normal operations of ships, poses a serious risk to the marine ecosystem and human health.

The high cost and complexity of building and operating a port reception facility to process liquid marine waste streams means that there are no adequate facilities throughout the wider Caribbean, and therefore  ships find it difficult to comply with the International Convention for the Prevention of Pollution from Ships (MARPOL) regulations.

Clean Marine Group, Limited (CMG) a private early-stage firm, founded in 2017 in Freeport, The Bahamas, has created a business model to adapt an innovative use of cavitational technology for the sustainable management and disposal of liquid and solid waste to the needs of a modern day and efficient MARPOL port reception facility. They have obtained the license from the Grand Bahama Port Authority to operate and will collect and process all kinds of liquid waste emitted by ships, including black water, grey water, black and grey water, oily water and sludge, thus allowing ships that use their services to comply with MARPOL regulations.

A $1.5 million  IDB Lab loan will co-finance the expansion of CMG´s port reception and treatment facility that  will provide significant environmental and health benefits to the populations that reside in, or depend on ocean-related activities for their well-being, in the Bahamas, as well as the all other Caribbean countries that are affected by the improper disposal of marine waste and pollutants that are dumped into the ocean.

A grant of $276.000 will promote the creation of public goods that benefit the population and governing  bodies of Bahamas and the wider Caribbean, through activities that help to improve the regulatory framework for MARPOL in the region and increase the number of Caribbean countries that develop an interest in and the capacity to follow MARPOL regulations. This grant will also evaluate the applicability of the cavitation technology to land-based environmental or water-quality issues in the Bahamas, and the capture, synthesis and dissemination of the knowledge generated from this project, including lessons learned, best practices, and key factors of success.

This is the one of proposals selected under the Blue Tech Challenge launched in 2018 to identify business models aiming to contribute to the sustainability of the ocean economy.