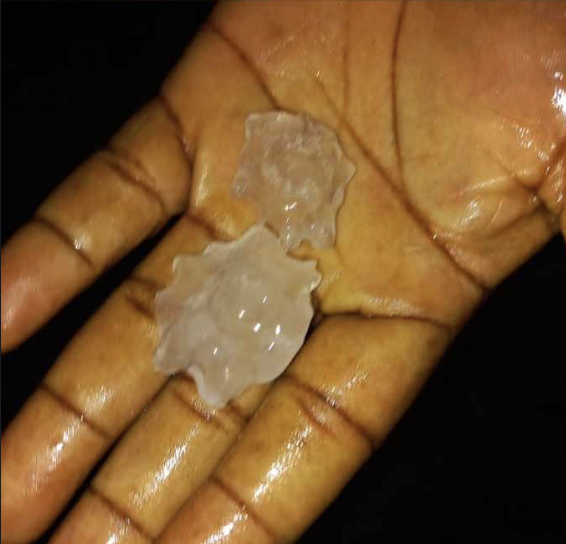 One resident shows pieces of ice that came from a hail storm in Arthur's Town, Cat Island last night.

The Bahamas Meteorology Department told Eyewitness News that they couldn’t provide any information on the occurrence on the island last night.

Residents from Arthur’s Town reported that they began seeing ice falling out of the sky shortly after 8pm as a system with rain, thunder, and lightning moved over the settlement.

One resident called it “showers of blessing”, while others were simply amazed to see ice falling from the sky in a sub-tropical country.

In 2019, Grand Bahama experienced a hailstorm due to severe weather conditions that developed the day prior.