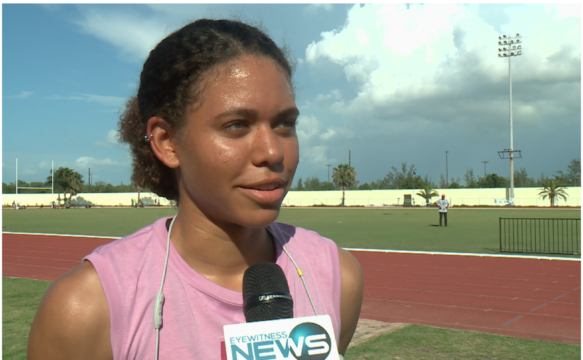 Sasha Wells finished fourth in heat one of the girls’ 100-metre hurdles (m) in 14.03 seconds. American Courtney Jones clocked the fastest time in the heat in 13.53 seconds.

Kayvon Stubbs was fifth in heat two of the 200 in 24.61 seconds. Alisha Rees, from Great Britain won that heat in 23.49 seconds, followed by Canadian Ashlan Best in 23.62 seconds and Riley Day, from Australia, was third in 24 seconds.

Jaida Knowles was also supposed to run in the opening heats of the women’s 200 but never made it to the starting line. No reason was given as to why she didn’t lineup for the race.

Also, the boys’4x100m relay team finished fifth in heat three of the qualifying round.

Charisma Taylor will be the sole Bahamian competing today at the championships in the triple jump.