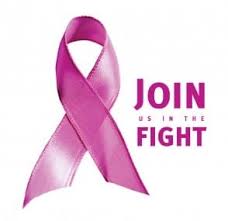 NASSAU, BAHAMAS — Barbara Williams, 55, said she had a double mastectomy in April because she was unable to continue her regular chemotherapy treatments due to COVID-19 restrictions.

Nearly four months later, the Grand Bahaman resident said she is unable to begin a new set of chemotherapy treatments necessary for her recovery.

Williams is among several cancer patients on Grand Bahama unable to travel to New Providence for chemotherapy due to reinstated lockdowns and border closures as the country is experiencing a second wave of COVID-19 cases.

Grand Bahama has been on lockdown since July 23. The prime minister last night announced a seven-day extension to the island’s lockdown.

“I have 18 chemotherapy sessions to take and I need to get started because I’ve already had surgery too long,” Williams said, in an interview with Eyewitness News yesterday.

“Cancer don’t wait for lockdown and shutdown and COVID.”

Her last chemotherapy treatment was in March, but soon after the government implemented widespread measures, including limiting movement and banning international and domestic travel.

“After I couldn’t get to Nassau to do my chemo for the first lockdown my doctor advised me to do a double mastectomy, which I did.”

Williams said she had already done three of her four chemotherapy treatments when she had to make the life-changing decision.

She said her first treatment after surgery was expected to be on July 27. But that was no longer possible since Grand Bahama has been on lockdown.

“It’s getting out of hand. Once you start cutting you got to keep moving. I’m stranded now…I need to get started because I have 18 to go. I need my treatment. I tell [the doctor] I want to live and not die. When I came to your clinic I was walking and talking nice and good and that’s how I want to remain.”

In April, the Ministry of Health provided a charter service for several patients to have their chemotherapy and other treatments done at the Oncology Centre following mounting concern over the matter.

Grand Bahama native Portia Ebrahim was among those to take the flight into New Providence.

Ebrahim said yesterday that she has already missed three treatments to date.

She said they have received little to no information from health officials in New Providence on when they could be able to do their treatments despite attempts to reach out for answers.

“It’s worrisome to a whole lot of the cancer patients here.”

Ebrahim said one patient who missed a session on July 31 recently called her in a panic because he was having complications.

She said he had to be rushed to the hospital for immediate medical attention.

She furthered that there are several other cancer patients on the island who were supposed to have surgeries but could not due to the suspension of surgical procedures.

“Since we been through this before with the first lockdown, I thought this second lockdown shouldn’t have been an issue, but apparently it is for some reason.”

Ebrahim said if traveling to New Providence is the biggest issue, then something should be put in place to administer treatment and medicine in Grand Bahama.