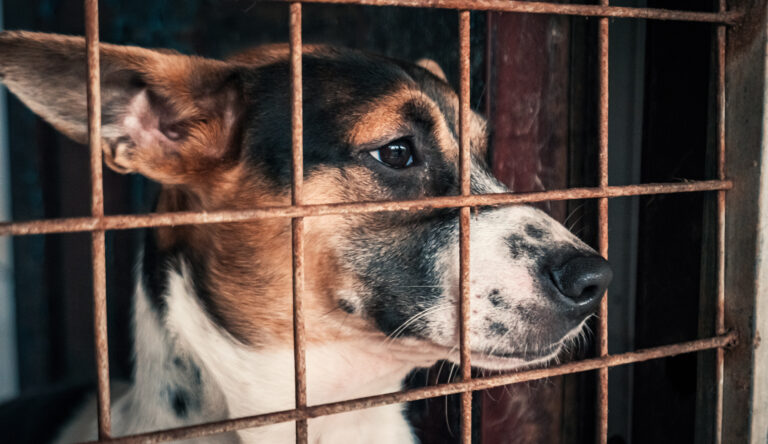 GRAND BAHAMA, BAHAMAS — The Humane Society of Grand Bahama (HSGB) was founded in 1967 and is the only animal welfare organization/shelter on Grand Bahama. Despite this, the organization claimed in a recent statement to have never received any financial support from the Bahamas government for the services it provides.

In September of 2019, Grand Bahama received a direct hit from Category 5 Hurricane Dorian, which stalled over the island for almost 48 hours. Despite not being in a known flood area, not being included in the official evacuation zone and never having experienced any flooding in previous storms, the HSGB shelter buildings were inundated with over six feet of floodwaters.

Just as the HSGB had begun the laborious and costly rebuilding process, COVID-19 struck.

President Joseph Darville said: “Having been brought to our knees just six months earlier by Dorian, one nightmare merged into another.”

According to the HSGB, the majority of disaster relief assistance it received post-Dorian came from abroad.

“To date, the HSGB has received no financial assistance for disaster relief from the Bahamas government or the Grand Bahama Port Authority,” a statement from the organization read.

“The inability to hold normal fundraisers, and the resultant downturn in general donations, and funding cuts from the Grand Bahama Port Authority have been devastating.

“Much of the funds earmarked for the last of the rebuilding projects — veterinary clinic and cattery — had to be spent on operations.”

Over the years, the HSGB has assisted vast numbers of homeowners and businesses by taking in thousands of stray, unwanted, abandoned, neglected and abused animals, and this work resulted in a noticeable difference in the number of animals roaming the streets. All the progress made is now in jeopardy of being reversed as the organization simply cannot afford to continue providing its previous level of service.

The HSGB is committed to reducing the pet overpopulation problem on Grand Bahama through spay/neuter programs, promoting responsible pet ownership and kindness to all animals through humane education. Even if one is not an animal lover, these animal problems affect everyone. Neglected, starving animals roaming the streets are a public health hazard and an unwelcome sight for island visitors and potential investors.

Due to the economic downturn resulting from Dorian and the pandemic, many pet owners have found themselves unable to feed and provide medical care for their pets. The HSGB has been assisting as much as possible because helping pets stay in their homes is preferable to bringing them into the shelter, but nonetheless it is an added financial burden.

Executive Director Elizabeth Burrows said: “Ironically, the very situations that have caused our current economic woes also mean that our services are needed more than ever.

“We would be most grateful for any assistance to help us keep our doors open. No donation is too small and we appreciate all support, whether it’s $20 or $2,000.”

Naming opportunities are available within the HSGB’s new clinic for donations of $1,000 or more. The staff and board would be glad to answer questions and provide any additional information needed. Please email info@hs-gb.org or call 242-352-2477 or 242-727-2477.