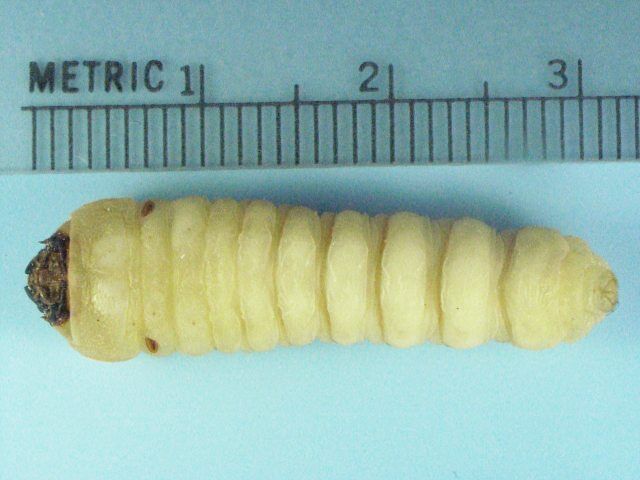 “These bugs can devastate the forest; they are infamous for what they do”

BNT exec: We really hope none of them escaped

Joe Darville, chairman of Save The Bays and Waterkeeper Bahamas, told Eyewitness News Thursday night that he initially became very concerned after a news article in the New Orleans Advocate indicated US federal agents had ordered the Pan Jasmine cargo ship out of the country after finding it infested with a type of Asian beetle that has been destroying trees in the US for more than two decades.

Darville said he found it most alarming that the ship was said to have departed for Freeport on July 21 for “wood disposal services”. To his further dismay, Darville said subsequent to his inquires, he discovered that the ship had arrived in Freeport and offloaded its cargo.

“I found out that this stuff was already offloaded in Freeport under the guise that it was tonnage to be taken to the landfill,” said Darville.

“These bugs can devastate the forest. They are infamous for what they do.

“I’m trying to trying to find out how in the world this ship got permission to come here and offload cargo that is so infested. I can’t understand it. It is horrifying that something like this could happen.

“Grand Bahama is not a dumping ground. I am really disappointed about this. I understand that sanitation services collected the stuff and sprayed it but the question is did anything escape.”

The ship, which was reportedly flagged under Panama, had previously offloaded a shipment of aluminum in Veracruz, Mexico, after departing a port in India. According to the report, the wood onboard was found to have five pests, two of them — the beetle and a type of ant — considered serious risks to US crops.

Bahamas National Trust (BNT) Executive Director Eric Carey told Eyewitness News: “Everyone’s been tracking it and we have been talking to the environmental agencies. From what we have been able to understand, the boat has already offloaded cargo on Grand Bahama.

“To the best of our knowledge, it was taken under the control of sanitization services.”

He added: “This Asian beetle us already in the United States. We also have wood-boring insects in Abaco. The trees are already stressed because of Dorian, et cetera, and they don’t need this type of infestation.

“We really hope none of them escaped.”

It’s always better in The Bahamas!