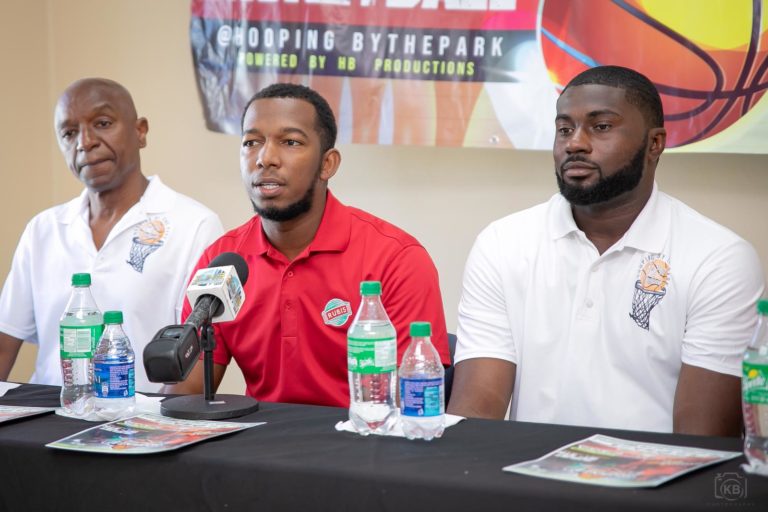 Hooping by the Park Basketball Tournament is back for its second consecutive year, thanks to the efforts of former Fox Hill basketball player Jabari Wilmott.

The tournament is scheduled for August 1-5 at the Freedom Park in Fox Hill during the Fox Hill Festivals. This year, however, Wilmott and his organizing committee have added a Church Division to the under-16, under-19 and men’s open division.

In addition to the signature events in the slam dunk and three-point shooting competition, the tournament is also planning a celebrity game that will be played between some of the former players out of Fox Hill against a team that is being put together by the Bahamas Basketball Federation.

“When I came back home, I had one vision, I just wanted to give back to the community in Fox Hill and the best way I could do that was through the game of basketball,” said Wilmott, a native of Fox Hill, who went on to attend Ranger College and St John’s University after graduating from St Augustine’s College.

Both the under-16 and under-19 divisions will be free of charge and trophies will be presented to the champions and runners-up, in addition to the Most Valuable Players in each division.

The Church Division will be charged $100 and the winners and runners-up will receive special commemorative designed medals. The winner of the MVP will also collect a trophy.

As for the men’s division, there is a fee of $200 and winners and runners-up will also earn the commemorative medals. Additionally, there will be a jackpot cash prize of $1,000 that the champions will get to share.

The Fox Hill versus the Bahamas celebrity game will be played on championship night on Monday, August 5 at 7 pm. The winners and runners-up will also collect commemorative designed medals.

O’Niel Bain, the Marketing Programme Coordinator for Rubis, said they were so impressed with what they say that had to return and sponsor the Slam Dunk competition for the second straight year.

“We teamed up with Jabari from the inception last year. We were very impressed with his commitment to Fox Hill, knowing that this was a community that he grew up in, went off to school, came back and was willing to give back,” Bain said.

“So whenever we see positive sporting activities in our communities, we want to be a part of that as well so we can positively impact our community. So we are very proud to team up with you Jabari. We know that this tournament will once again be a smashing success in Fox Hill.”

Nikia Wells, the Communication and Marketing Manager at the Caribbean Bottling Company Limited, said Coca-Cola is proud to join in sponsoring the tournament.

“We are always excited to sponsor community events that not only give back to the community but provide the positive environment for our young people,” Wells said.

Wells noted that Coca-Cola will be providing refreshing soft drinks and water to ensure that the players are hydrated during the tournament.

Clint Pierce, chairman of the Fox Hill Festival Committee, said they are excited to have the Hooping in the Park Basketball Tournament return for another year.

“We are geared up for Fox Hill Festival 2019 and with the tip-off on August 1 for the basketball tournament, we will have our official opening ceremonies on August 2,” Pierce said.

Pierce thanked Wilmott for coming back home and making a contribution to the Fox Hill Festival by staging the tournament, which will be held during the two signature days for the festival celebrations – August 5 Emancipation Day, which will begin with a junkanoo rush-out with a number of A and B groups performing as usual and Fox Hill Day where all roads will lead to the second oldest community in New Providence on Tuesday, August 13.

Committee member Lillian Flowers said there will be a number of events for the residents to part take in, including the ‘Catch the crab’ contest and the watermelon and pineapple eating contest.

“We are going to create an atmosphere that will blow your mind, so just come out,” Flowers said. “We also want to encourage all of the Churches to get your teams together and participate in the basketball league.”

Superintendent Dereck Butler assured the public that there’s no reason to concern themselves about crime in the community as they will be out in full force.