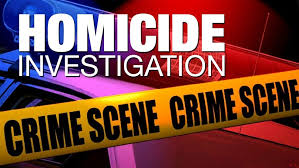 Police are asking the public assistance to solve the country’s latest homicide. The victim of the country’s most recent shooting has been identified by officials as Cordero Pedican, 22, of East Street.

According to reports, shortly after 8: 00 p.m. Tuesday evening, Pedican was visiting relatives at a home on Wilson Track when he was approached by a male armed with a firearm. The man shot Pedican before fleeing on foot.

Paramedics were called to the scene however, he had already succumbed to his injuries.

Investigations are ongoing. Pedican’s death brings the country’s murder count to 16 for the year.

In other crime news, a 25-year-old male from Suriname was taken into custody at Lynden Pindling International Airport (LPIA) on Tuesday after he was suspected of having smuggled dangerous drugs into the country.

According to reports shortly after 1:00pm, the man arrived in The Bahamas via Jamaica and was taken into custody. He was taken to hospital and excreted a number of capsules, each containing cocaine.