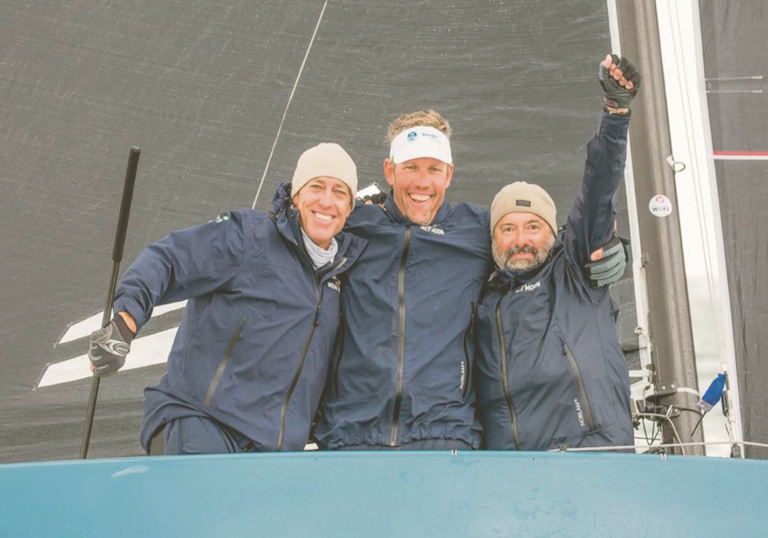 Mark Holowesko continues to make his mark on the sport of sailing.

After a second-place finish at last year’s International 5.5 Metre Class Association’s World Championship, Holowesko captained the New Moon sloop to victory over the weekend in England.

New Moon won four of the nine races contested and finished the contest with 18 total points to claim the title.

“There have been a lot of close calls on the world championship. We’ve had a lot of bad luck. But nothing went terribly wrong in this regatta and that’s a big help,” Holowesko said after the race. “We were six points up with two days to go last year. This year we were six points down with two days to go, and we won and that’s a very good feeling.”

Holowesko also credited his crewmembers, Christoph Burger and Peter Vlasov for the win.

“These guys are really fantastic. I am really proud to sail with these guys. They do so much on and off the boat, and in between races. Very professional but also its an incredible amount of fun. We’ve always enjoyed ourselves sailing together. These guys dragged me into this class and drag me around the race course. It’s just been a blast.”