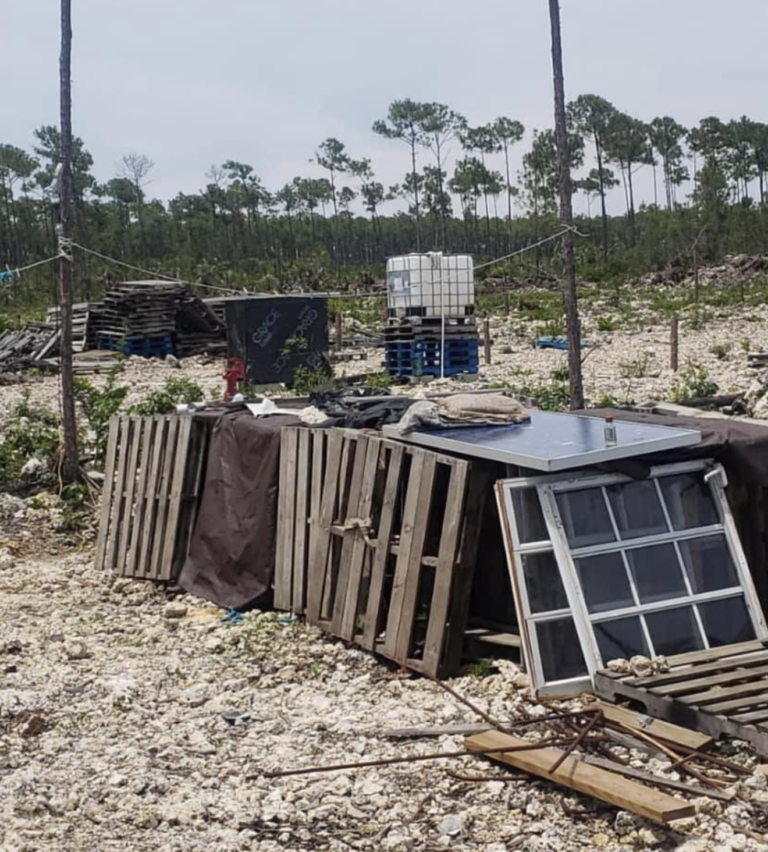 NASSAU, BAHAMAS — Minister of Social Services and Urban Development Obie Wilchcombe yesterday offered residents occupying Crown Land off Carmichael Road, including a young mother who has been living in a derelict school bus, temporary housing and other assistance via the Department of Social Services, but those individuals said have opted to wait for their Crown Land applications to be approved before taking up the offer.

“We went with an offer to assist them,” the minister said.

“We had a very good discussion, put in that way.

“I enjoyed the dialogue with them.

“I understand that we offered them; that we made arrangements to move them out of those vehicles, but they’re in a position where they have applied for Crown Land and they’re still optimistic that they will receive their Crown Land request.

“That’s what it amounts to.”

Asked how their application impact the government cease and desist notice, which dictates that individuals occupying the land must leave within 14 days, the minister said: “Again, the minister has made a statement with reference to it.

“But I think there’ll be more dialogue in the next couple of days and again we’ll see how we can find a conclusion, a good ending to this because the people, for the most part, are individuals who are at these, on the site, pretty much because of desperation.

“They’re not there, many, the ones we spoke to talked about four years ago and how they were evicted from their places where they were living — rentals obviously — and had nowhere to go.

“And so, the stories that we heard were individuals seeking to find a place, to find somewhere to be, because their circumstances had become dire.

“In the [main], they also applied for some Crown Land from the former administration.

“And of the gentleman said because he heard — this is his interpretation — he heard the prime minister, the honorable, Hubert Minnis say every Bahamian deserves Crown Land.

“You know, again, that’s why I think we have to have some further dialogue with them and see how we can arrive at a way where we can lift; with their dreams alive to find a place of their own. Where that is, we are not sure?

“And we have to find a happy medium somewhere there to see how the church does not find itself.

The minister said the matter and those facing poverty and having to find extreme ways to survive troubles him.

“The reality is these are people with children who have been hurting for several years now and they have been suspicious and didn’t truly believe in the politicians to tell you the truth.

“They believe that many have misrepresented.

“They complained about how they have gone and sought out support and didn’t get it.

“They are suspicious of the politicians.

“So, they are fighting for their own survival.