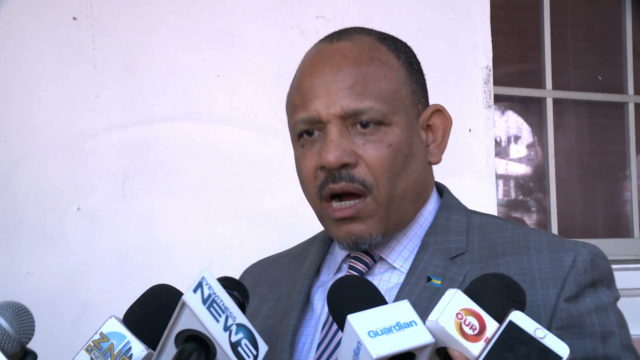 According to Dr. Sands, the government has spent approximately $320,000 on a HIV drugs and testing supplies. The massive shipment comes after the government revealed that several public healthcare facilities in New Providence ran out of HIV medication mid-March.

“We are expecting that – the definitive order of $260,000 worth of HIV medication, the agents to test for CD4 levels and viral loads,” said Dr. Sands.

“Overall spending totaled somewhere around $320, 000 outlay in order to maintain capacity to treat and test for HIV.”

He said the government realizes that it will take additional finances and manpower to tackle the fight against HIV/ Acquired immunodeficiency syndrome (AIDS) in The Bahamas.

“With our new 90/90/90 initiative, there will be an escalated demand for HIV medication. There will also be an escalating demand for testing ability, lab agents and equipment. So, we realize that the budget which might have applied last year, will not be sufficient for this year,” noted Dr. Sands.

Dr. Sands said the government spends millions annually in the fight against HIV/AIDS and, while the journey to zero infections is a long and tedious one, there are minor victories to celebrate along the way.

Recent statistics compiled by the Ministry of Health indicate that the number of persons living with HIV/AIDS has decreased from three per cent to two per cent – a decrease, which Dr. Sands said is a huge step in the right direction.

“We are fortunate to say that in the Bahamas the percentage of people who are HIV positive has come down from three to two per cent,” shared Dr. Sands.

However, he admitted that when the overall number is dissected, the government realizes that there is more work to be done to decrease the amount of new infections among Bahamian youth as well as men who have sex with men (MSM’s).

“When we break it down into different categories, men who have sex with men show a higher percentage,” he said.

The United Nations’ (UN) 2016 AIDS statistics revealed that nearly 8,100 Bahamians, aged 15 and higher, were living with the HIV/AIDS virus. Some 3,400 were said to be females while males accounted for the majority at 4,700.