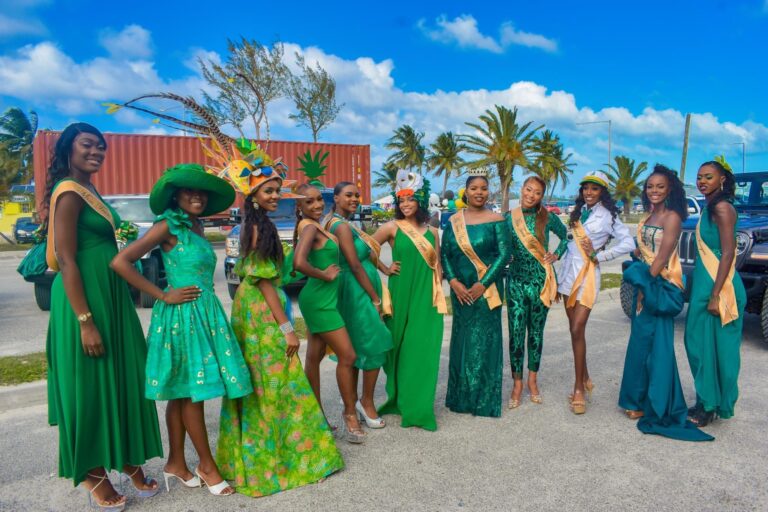 FREEPORT, GRAND BAHAMA — History is about to be made in Grand Bahama with the hosting of the Miss Teen Bahamas International (MTBI) preliminaries – a first for a national pageant.

The preliminaries will be held at the Grand Lucayan Hotel on Thursday, April 21, with 11 delegates representing various islands in the archipelago including Miss Teen Grand Bahama who will also compete for a spot in the finals slated for Sunday, April 24, in New Providence at the Margaritaville ballroom.

The delegation will arrive on the island on Wednesday, April 20, and will stay until Friday, April 22.

The signature event in Grand Bahama represents the first time a major national pageant will stage such a significant portion of its competition in Freeport. It comes following negotiations with the Ministry of Grand Bahama’s initiative to brand the island as the events and entertainment capital of the country.

Minister for Grand Bahama Ginger Moxey said: “We are happy to receive the Miss Teen Bahamas International delegation. It is an example of our commitment to ensuring we have more events and entertainment on the island. We have what it takes to brand the island as such and it’s something we committed to in our blueprint for the redevelopment of the island.”

Moxey also solidified the significant amount of partnerships that the Miss Teen Bahamas International organization has been able to secure from Grand Bahamian businesses as a win-win for the island.

“Whether it’s through the amount of exposure, nationally and internationally or the branding opportunities that they’ll receive, as well as revenue-generating avenues, I am extremely pleased that ‘collab’ businesses, as well as other businesses on the island, are taking full advantage of new opportunities,” she said.

MTBI has partnered with Elnet Maritime Agency as the title sponsor, and the Grand Bahama Port Authority is the Platinum Sponsor.

Tia Thompson, franchise owner of the Miss Teen Bahamas International and CEO of Bahamas International Pageants, said: “We are overwhelmed and excited by the kind of support we have had from Grand Bahamian businesses, not only are they willing but they are excited to prove to the world the superior experience the island can provide for pageantry.”

Thompson said Grand Bahama is the perfect backdrop for the preliminaries and the delegates are excited to share in the full experience of the island.

“We have lined up a number of courtesy calls, and restaurant experiences for the delegates but I really believe the highlight will be our participation in a joint assembly at Sir Jack Hayward Senior High School. We believe encouraging our young ladies to participate in positive organizations and training is essential, particularly during this time,” said Thompson.

The visit will also include a special treat for Grand Bahamians, who will get to meet the reigning Miss Bahamas Universe Chantel O’Brian who won the hearts of Bahamians everywhere following her historic finish in the top 10 at Miss Universe.

O’Brian will address a special assembly on Thursday at Sir Jack Hayward Senior High School. She will also be featured during the preliminaries at the Grand Lucayan on Thursday evening.

“It feels great! It will be my second time,” O’Brian said.

“I have had the opportunity of representing the island when I won the Miss Bahamas world title back in 2015. But my first time in Grand Bahamas was right before I went to Miss Universe. So I am excited now to be returning after my success at Miss Universe. I believe it will be an awesome opportunity, especially sharing with the young people.”

Moxey said she believes the success of hosting the MTBI preliminaries will set the tone for the island’s ability to attract more major events and entertainment.