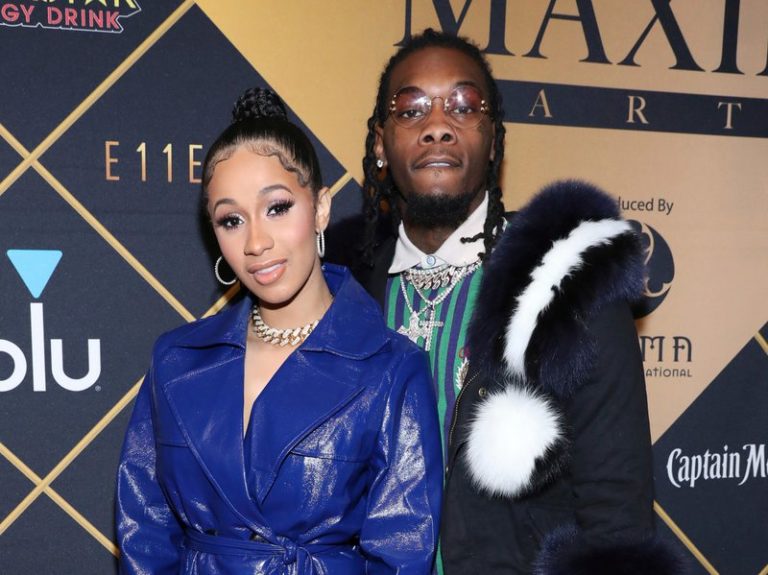 FILE- In this Feb. 3, 2018, file photo, Cardi B, left, and Offset arrive at the Maxim Super Bowl Party at the Maxim Dome in Minneapolis. A marriage certificate shows hip-hop stars Cardi B and the Migos’ Offset were married months ago in Atlanta. Cardi B confirmed the marriage in a tweet Monday. (Photo by Omar Vega/Invision/AP, File)

ATLANTA (AP) — A marriage certificate shows hip-hop stars Cardi B and the Migos’ Offset were quietly married months ago.

Sunday night while accepting best group award at the BET Awards, Offset raised some eyebrows when he said, “I thank my wife, you should thank yours.” Cardi B confirmed the marriage in a tweet Monday.

A marriage certificate shows that Cardi B and Offset, whose real names are Belcalis Almanzar and Kiari Cephus respectively, were wed Sept. 20 in Atlanta, but only announced their engagement in October.

A month after the marriage, Offset proposed to Cardi on stage at Power 99′s Powerhouse concert, shocking fans.

Grammy-nominated Cardi B shared that she was pregnant during a performance on “Saturday Night Live” in April.