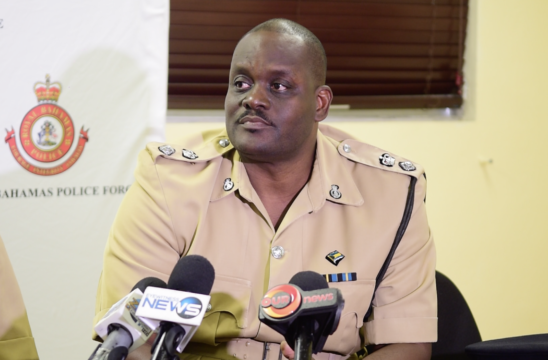 Amid domestic and international concerns over the increase in road traffic fatalities in The Bahamas, Assistant Chief Superintendent of the Road Traffic Division Mareno Hinds said yesterday that the police force has considered the use of breathalyzers in an effort to clamp down on motorists driving under the influence.

With the backdrop of a United States Department of State report released this week, which highlighted the road safety concerns and the “antagonist” and often reckless driving of the motoring public, Hinds spoke to the police force’s efforts to reduce traffic incident rates.

Responding to questions surrounding the government’s recently passed amendments to the Road Traffic Act, namely the criminalization of driving while having an open alcoholic beverage in a motor vehicle, Hinds was asked why officers do not use breathalyzers to help determine whether a driver’s alcohol levels have exceeded the legal limit.

It is a crime in The Bahamas to drive or attempt to drive a motor vehicle “after consuming so much alcohol that the proportion of it in his breath, blood or urine exceeds the prescribed limit”, according to the Road Traffic Act.

Driving with a blood alcohol concentration on 0.08 percent or higher in the United States is illegal.

According to Hinds, breathalyzers are not a part of the force’s existing complement of equipment.

“That is not law as yet,” Hinds pointed out, referring to the legal limit while driving and the use of the BAC tester.

“However, we wait on the executives.

“We are creatures of instructions. Whenever something comes into law we equip ourselves; we educate ourselves on it and then we take the appropriate action.

“But, breathalyzers in this hemisphere is not a device that we have as a crime fighting tool in this stage of the game.”

In the interim, Hinds said that officers have been continue to use their experience to impaired drivers.

He said officers can take motorists to a medical physician for a blood test, however.

“We would have to take that person to a physician who would measure the content of alcohol in their blood,” Hinds noted.

“Whether it is given by the driver’s permission or we have to get permission from the magistrate’s court, we extract blood and the doctors would say based on this person’s ratio of blood to alcohol this person is deemed impaired.”

There have been 20 traffic fatalities for 2019 so far.