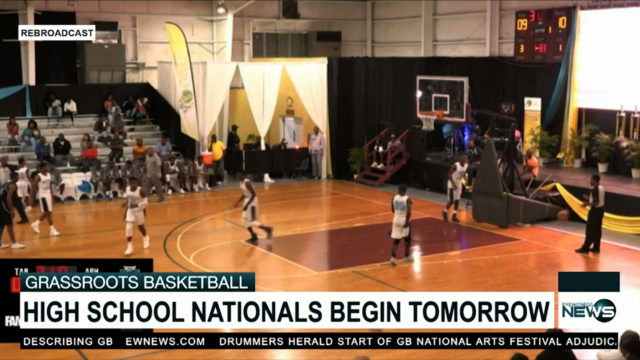 A total of 18 teams will be coming in the boy’s division, while 12 teams will compete in the girl’s division.

“It is through our alliance with the Bahamas Basketball Federation (BBF) that we are able to be a part of a sanctioned national tournament,” said tournament organizer Evon Wisdom.

“We need the public to remember that this is a national tournament, meaning that it will be governed by a different kind of rules. We understand that a team was suspended from a league. That team will be allowed to compete.”

The boy’s bracket will be made up of nine teams from New Providence, six teams from Grand Bahama, two from Abaco and one from Bimini. The Government Secondary Schools Sports Association will be represented by the reigning league and Hugh Campbell champions Doris Johnson Mystic Marlins, CC Sweeting Cobras, CI Gibson Rattlers, Anatol Rodgers Timberwolves and Government High School Magic.

The Teleos Cherubims will be the lone school from the Bahamas Scholastic Athletic Association.

Keith Smith, senior vice president of the BBF and tournament co-chair, said this year’s event will continue its vision of presenting an improved product for local basketball enthusiasts.

“We will be working very hard with the LOC in Freeport as well as here in New Providence to ensure that everything is in place,” Smith said.

“This National Championship will be the best out of any we have had before because we have to implement more professionalism. We look at the result but we don’t take time to appreciate the amount of work it takes to make an event like this successful. We will do that this time around and the Bahamian people will be proud of the result they will see.

“The BBF is excited about this. The young men and women in basketball are beginning to ‘get it’ about life after basketball.”