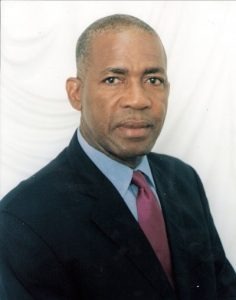 NASSAU, BAHAMAS — The Bahamas High Commissioner to Canada Alvin Smith has completed his tour of duty as The Bahamas’ envoy to Canada.

Smith returned to The Bahamas on November 7.

Chanelle Brown, the first secretary at the Mission in Ottawa, will serve as chargé d’affaires, a.i., until a new high commissioner is appointed and takes up post.

Smith assumed office in December 2017, becoming the ninth high commissioner to serve as the head of mission in The Bahamas High Commission, and concurrently serving as The Bahamas’ permanent representative to the International Civil Aviation Organization (ICAO).

Just before demitting office, he served as chair of the CARICOM Caucus in Canada.

“He has had a long, varied and distinguished career, spanning from education as a teacher, holding managerial and leadership posts and eventually entering politics in 1992 as a member of the Free National Movement (FNM),” read a press statement from the Ministry of Foreign Affairs.

“He served as vice-president of the Senate from 1992 to 1995, and then as a parliamentary secretary from 1995 to 1997. His success in politics continued when he entered representational politics, winning his seat in the constituency of North Eleuthera in 1997, 2002 and 2007 General Elections.

“He distinguished himself serving as the leader of the opposition from 2002 until 2005, and in 2007 he was given the further honor of becoming the speaker of the House, in which capacity he served until 2012.”

The statement continued: “During his time as a member of Parliament, Mr Smith also served as the executive chairman of The Bahamas Agricultural and Industrial Corporation. He obtained his Bahamas Real Estate Association (BREA) licence in 2014, and in the same year became a licensed life underwriter.

“This varied and successful career equipped the high commissioner to execute his responsibilities with experience and honor as he represented The Bahamas in Canada, and at the International Civil Aviation Organization. The minister and the ministry extend their deepest gratitude and appreciation to the high commissioner for his dedicated service to the nation.”