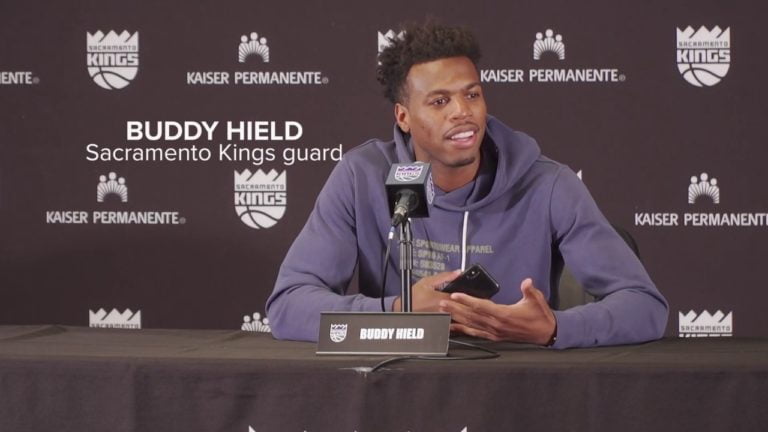 NASSAU, BAHAMAS- Despite a career-high 41 points from fourth year guard Buddy Hield, the Sacramento Kings couldn’t muster up enough to get by the Boston Celtics last night.

Thirty-three of Hield’s points came from behind the three-point line in the 103-102 loss on the road. The performance was a major bounce back for Hield, who was just 5-of-22 from behind the arc his previous three games. He also set a new franchise record of 11 three pointers in the game.

“Thank God for this opportunity, it’s a great opportunity, great career-high, 11 threes,” Hield told reporters. “It’s hard to do in this league, never discredit that. I’ll have another crack at it and hopefully I’ll get a ‘W’.”

The Kings lost an 11-point lead in the second quarter and trailed 53-46 at halftime. Hield kept the Kings in the game in the third quarter with 21 points, but it wasn’t enough to keep pace with Boston’s offense.

The Kings had the ball trailing by one with 5.6 seconds remaining, but didn’t get a quality shot on their final possession.

Sacramento will have another chance to get back in the win column on Wednesday against the Philadelphia 76ers. The Kings are currently 1-2 on their current four-game East Coast road trip. Overall, they are 7-4 over their last 11 games.