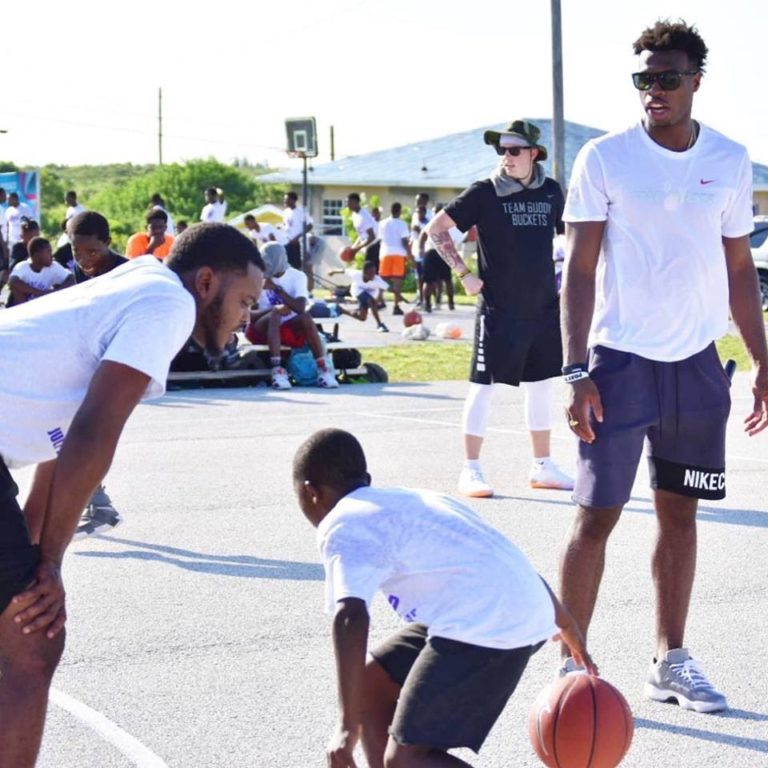 The Sacramento Kings guard hosted a three-day clinic in both Freeport and Eight Mike Rock. He staged morning workouts at the Sir Jack Hayward Gymnasium and put on evening clinics on Pinedale Park. The fourth edition of the camp concluded last night on Pinedale Park with a fun day, which included giveaways, free haircuts, food and skill challenges.

“Home will always be home. It’s been nothing but love since I’ve been back,” Hield said about the camp.

“I had a lot of people come out that really wanted to get better. That’s what it’s all about. I push the guys that are willing to work hard and do what it takes to get to the next level of competition. I’m from here, so I try to be as real as I can with these guys.

“I don’t sugarcoat how tough the process is to make it in basketball. I go after them in the workouts to make sure they get as much as they could in a short space of time.”

Hield, who averaged just over 13 points last season with the Kings, is expected to play a key role with the team next year. He said now that the camp is done, he can begin preparing for the upcoming National Basketball Association (NBA) season.

“Although I’m more focused on the team’s success, I have a few personal things I want to accomplish,” he said.

“I do want to become a more efficient scorer, and I also want to increase my points per game. I like the team we have this year. We have a lot of young talent on the roster and I look forward to getting on the court and playing with those guys.”