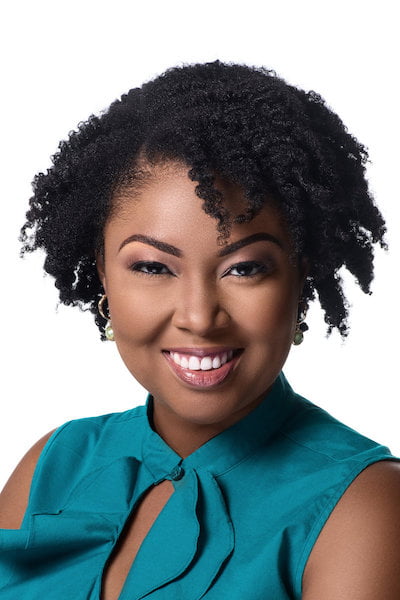 Leslie Miller is back in the news. It seems his time away from frontline politics has not dimmed his ambition, his temper or his threats.

The former Tall Pines MP, who lost his seat in the 2017 General Election, recently blasted the Progressive Liberal Party (PLP) for its decision not to run failed election candidates. Miller says he’s running whether he gets a nomination or not.

Last year, the Opposition said it would not run candidates who lost, with a few exceptions. In reports this week, the party again stressed that it did not want to run former losing candidates.

In 2017, the PLP suffered a humiliating loss, only managing to capture four seats – three of which were in the Family Islands. It was absolute political annihilation. Since then, many inside and outside of the PLP have proffered several reasons for the party’s loss and suggested the way forward.

The party knows that it will not be business as usual as it attempts to regain the government from the Minnis-led Free National Movement (FNM), so it’s seeking to run a tighter ship with a fresh slate of candidates.

Miller, is all for running a tighter ship, as long as he’s on it.

The outspoken former MP says there is no one in the party who can tell him what to do and they are “quite aware of that.”

He says he will do what he has to do to be on the ticket in Tall Pines.

“You can take that to our good Lord and savior,” he told reporters. Ain’t nobody gonna run me out of here. Ain’t nobody gonna tell me I can’t run. You think anybody can come tell me and my team that can’t happen. They could never come and tell me that. Not in this lifetime. None.”

Miller says he is prepared to run as an independent if he is unable to secure a party nomination. I believe every word he says. I also believe that Miller speaks for several other failed candidates who have ambition to return to frontline politics and will be denied the opportunity.

The PLP is now faced with a tough decision: run failed candidates to avoid a fracture in the party or stick to its promise to inject fresh blood into the party and truly show that it is interested in changing the guard.

Miller, for one, does not believe the latter is the way to go. In fact, he predicts the PLP will be defeated if it follows through with plans to exclude failed candidates in the next general election.

So, in typical Miller fashion, he embarked on an expletive-laced rant, clearly designed to strike fear into the PLP.

“The upper echelon of the party would wish to eliminate most, if not all of the former Members of Parliament. They talk about this new crew. I don’t know who this new crew is – a bunch of rookies. Can’t do a damned thing. That’s why the country is in the state it is now. A bunch of rookies who ain’t got no experience running the place into the ground,” he said.

“You can’t tell me that Damian Gomez can’t run. You cannot tell me that Alfred Gray, if he wishes, can’t run and others like that. You need people with the know-how and knowledge, experience to get it right.”

Notwithstanding the negative views of FNM Leader, Dr. Hubert Minnis, many political pundits admitted they were impressed with the fact that the FNM was able to attract high caliber individuals to run on its ticket in 2017.

The party didn’t stack its rank with attorneys, but rather sought out successful businesspersons and brought them into the fold. Many of them were familiar faces and household names.

Miller believes the PLP is going to have its work cut out for it to find a fresh slate of candidates.

“Do you know how difficult it is to find 20 new people who are going to put their family on the line, their reputation on the line when The Punch (a local tabloid) comes after you’re a**, you’d better be ready, ‘cause they’re [gonna] kill you, and this Facebook thing y’all got, that’s another one that stabs you in the ground,” he said.

“You believe you could find 20 Bahamians right now that would step to the plate and say I’m ready, I’m talking about quality people – people who have a track record. Track record is what it’s all about, you know.”

Miller is right. Politics is tough. It’s not for the faint of heart. But, he learned how to navigate it. Others will, too.

He’s also right about another thing. It is about a track record, but a good track record.

The public at large has already seen what many of the PLP’s failed candidates can do and have done. Many of them have had poor records or suffered public relations nightmares. I won’t focus on their missteps right now because this isn’t about them, it’s about Miller, seeing that he is the one that has chosen to speak out.

Miller may be loved by many of his former constituents, but he is not good for the party, and not just because he lost his seat.

He remains one of the most controversial figures in the organization, and it seems he likes it that way. He appeals to a certain demographic that favors the unfiltered. He also does not do political correctness. No one and nothing is immune.

Over the years, he has made public pronouncements that would have gotten him exiled to another planet, had he been an American politician.

And speaking of exile. This is the same gentleman who, in 2016, spoke against the growing transgender community in The Bahamas and urged the public to contribute financially to having them exiled to their own private island.

In 2014, he was widely criticized for joking about physically abusing women.

Miller stood in the House of Assembly and recanted a story of the days he used to beat his ex-girlfriend. At the time, he was criticizing the former Ingraham administration for not looking out for the interests of Bahamian fishermen. He likened that relationship to a woman being abused.

“That’s like beating your wife or your girlfriend every time you go home. You just beat her for looking at her . . . I had a girlfriend like that. When I didn’t beat her, she used to tell me I ain’t love her no more ‘cause I don’t hit her. But, seriously, I had one like that.”

When then House Speaker, Dr. Kendal Major interrupted to suggest that he was joking, Miller, responded, “No, I serious with that. I tell her I get tired man. My hands hurting a little bit, give me a break. I am telling you the truth. One thing I don’t do, is lie.”

Following swift condemnation from women’s rights groups, the then Opposition and members of the public, Miller later backpedaled from those comments, claiming that he said it in jest. He claims he has never abused anyone in his life.

He has had a string of gaffes over the years.

In 2014, it was revealed that his family-owned business, Mario’s Bowling and Entertainment Palace owed the then Bahamas Electricity Corporation (BEC) more than $200,000. He was chairman at the time this information was revealed to the media.

In 2015, while serving as BEC Chairman, he told members of the media that a man had died in hospital after being electrocuted while attempting to steal copper from BEC. Police later confirmed the man was still alive. He then apologized and said, “that’s what the people told me.”

Miller has been controversial, irresponsible and at times, reprehensible.

It would only make sense for the PLP to distance itself from him and others who have similar track records.

If the PLP is serious about regaining the government in 2022, it will have to ignore the fearmongering and do what is right for the party and more importantly, the country. Bahamians deserve the absolute best that the PLP has to offer, and not to suffer through five years with an old guard that is averse to change.

Boy, I tell you. Entitlement is a serious thing.