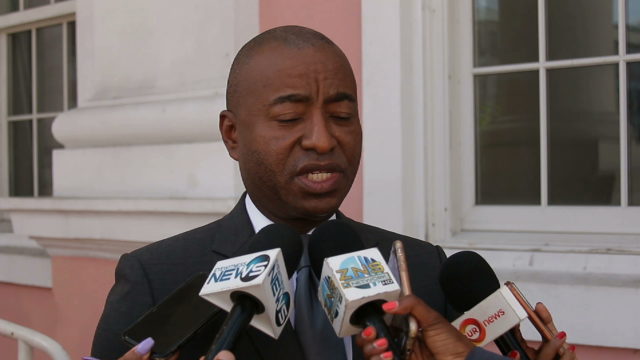 NASSAU, BAHAMAS – Minister of Foreign Affairs, Darren Henfield, on Tuesday expressed that The Bahamas welcomes any legitimate investments from any country.

“We are friends with both China and the United States of America,” Henfield said before heading to Tuesday’s Cabinet meeting.

Henfield’s comments come on the heels of a recent international news report, aired on the One American News Network, which suggested that China could be influencing the government of The Bahamas by way of investments to the country.The report also asserted that China was trying to win over the Bahamas from the United States.

The report was circulated on social media platforms and was the topic of discussion on many radio talks shows.

The report also drew comment from the Opposition Progressive Liberal Party, its chairman claiming earlier this week that when former United States Vice President Joe Biden met with CARICOM Prime Ministers in Trinidad, and complaints were lodged that American investment and concessionary loans were not being granted, the prime ministers were told to look at other countries.

Meanwhile, the foreign affairs minister said while The Bahamas has no intention of picking sides or stepping in the middle of the trade war between the two countries, he hopes the issues are resolved soon.

“The Bahamas would like to see any trade issues between the two largest economies in the world settled as quickly as possible, because it does not go well for the economic situation anywhere in the world,” he said.

“Invariably, it will impact negatively in The Bahamas as I understand it is impacting negatively upon those two countries at the moment.”