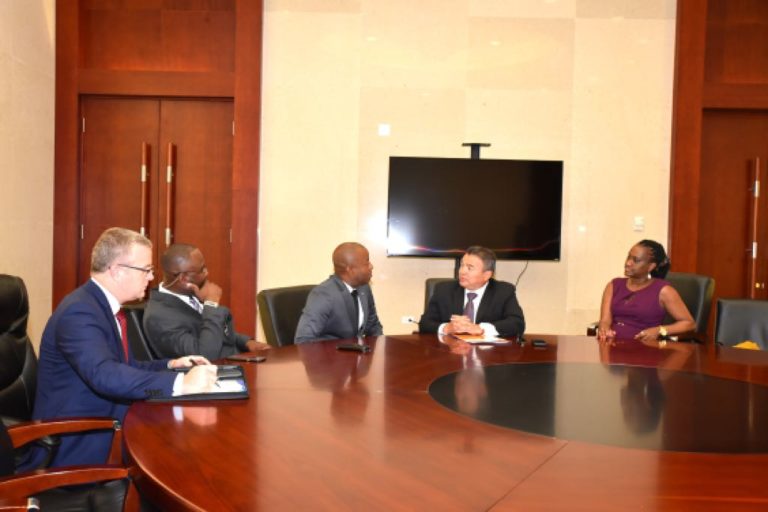 Henfield is pictured seated, centre, in conference with the OAS executives; centre right with (l-r)  Rahming, Mendez, and Henry-Martin; and in a handshake with Mendez.  (BIS Photos/Yontalay Bowe)