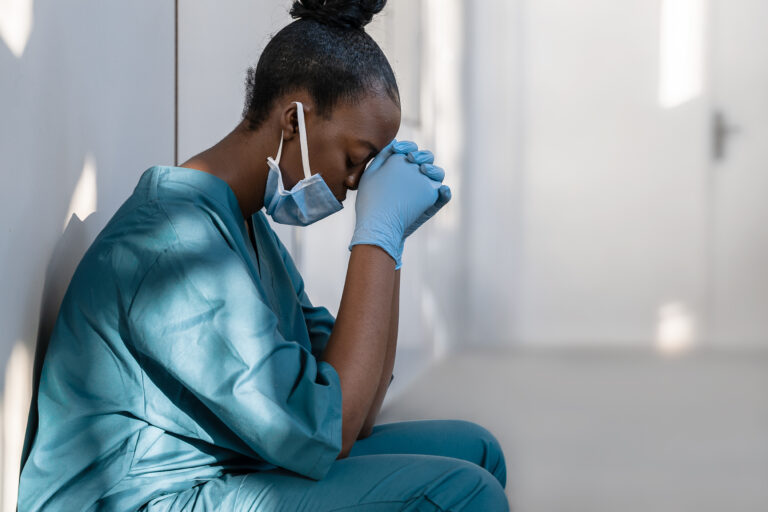 NASSAU, BAHAMAS — Consultant Physicians Staff Association (CPSA) President Dr Sabriquet Pinder-Butler yesterday called on the government to immediately move to shore up the healthcare sector with able nurses and doctors, noting that existing staff are fatigued and overwhelmed as another surge of COVID-19 cases rages in The Bahamas.

“The staff are crying out,” she told Eyewitness News.

“When they are at this state of fatigue, they become ill because they don’t get the rest they need.

“Their family members are concerned. We’ve lost nurses recently as well too.

“We’re really pleading for the government to understand — we need to get the staff. We need the nurses. We need the physicians.

“It is beyond the respect now. We need the help. We’ve been asking for meeting with the ministry for months, and no response.

“Why are we doing that in a pandemic, in a time of crisis?”

Around 30 junior physicians remain in limbo and await to be rehired in early August, according to Pinder-Butler, who questioned why the government has not immediately re-engaged them.

She said notwithstanding the fiscal constraints of the government, funds must be found to ensure the healthcare sector has sufficient resources, especially human capital.

The CPSA president pointed out that a number of physicians also remain in quarantine as a result of exposures on at least six wards at Princess Margaret Hospital (PMH).

Meanwhile, Minister of Health Renward Wells said the government continues to work on engaging and retaining nurses and other healthcare professionals, some of whom have left The Bahamas for more lucrative offers abroad.

Two more men, ages 26 and 73, were yesterday confirmed to have died from COVID-19 on July 14 and July 19 respectively.

Hospitalizations increased to 92 on Sunday, with 10 remaining in intensive care units, and The Bahamas recorded another 133 confirmed cases.

Yesterday, Pinder-Butler said in some instances, a healthcare provider can be tasked with the job of six, though she was unable to give an exact number of the shortage.

“It should be concerning to our Bahamian population, who should be understanding that if you now come to the hospital or try to access certain services, they’re not available and when they’re not available, something that should have been fixed or corrected in a few months may not be able to be done publicly,” she said.

“Not everyone has the funds to do it privately. As it relates to COVID, in some instances, I understand we’re at capacity even privately.

“That is a sad state to be in, but I think we really need the staff.

She said solutions could include seasonal and temporary hires, the retention of as many senior house officers as possible and the hiring of interns.

In this article their are wonderful lines and emotions of staff.