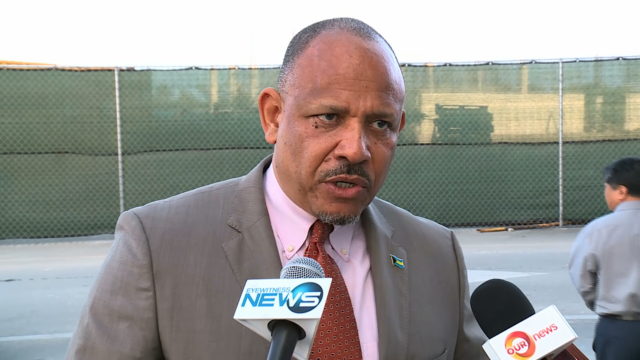 Health Minister Dr. Duane Sands said he will do “whatever is necessary” to avoid a nurses’ strike and he hopes that all sides can come to a “reasonable resolution” for the benefit of the country.

In an interview with Eyewitness News, Dr. Sands said, if it takes redoubling and “re-tripling” his efforts, he will ensure all parties are engaged in active, productive dialogue.

Since then the nurses have threated to strike.

“I will make sure that grievances are heard and both sides are understood and that effort is made to accomplish mediation and come to a reasonable settlement,” he said.

“I spoke with the union president yesterday (Wednesday) and they are going through the required steps to take a legal strike. Those steps will determine whether or not the Department of Labor will consider their application.”

Dr. Sands said he thinks a strike is a “long way off”.

“There is no benefit to the Bahamian people if we have a group of professionals walk off the job. It is difficult to imagine a scenario like that so, I am hoping for compromise. A strike should be the very last resort,” he said.

“I don’t believe there will be any merit to a strike, it is a trump card that would be used by a union when all other avenues have failed.”

When questioned whether the government has a contingency plan in place if nurses feel their demands are not being adequately met, Dr. Sands said, he’s confident that the issue will not escalate to that point.