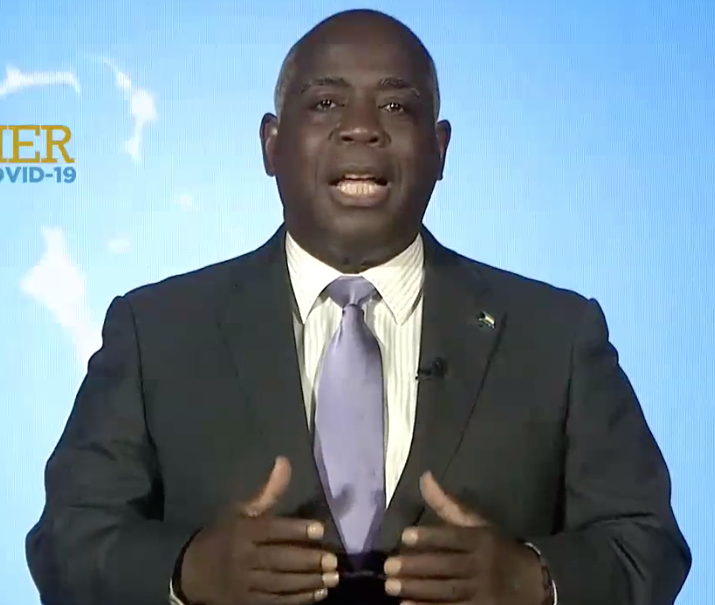 NASSAU, BAHAMAS — Former Prime Minister Dr Hubert Minnis suggested yesterday that the national address given by Prime Minister Philip Brave Davis over the weekend was devoid of any real enforcement or the government’s plans to tackle the expected increase in COVID-19 hospitalizations.

Davis warned that every Bahamian and resident in The Bahamas is likely to be exposed to the omicron variant multiple times in the coming weeks, but maintained that no further social restrictions such as lockdowns or curfews are needed.

The former prime minister, who has been very vocal about the government’s mitigation efforts in recent weeks as COVID cases continue to climb, said Davis failed to outline key information about the fourth wave.

“He said nothing about data and whether they are following the data.”

Minnis underscored the importance of the public knowing when the surge is expected to peak and the acceleration rate of the virus.

He urged the government to present its plans for hospitalization following the peak of rising cases.

It is severe. It’s everywhere.

The Ministry of Health recorded 521 new coronavirus cases on Monday: 422 on New Providence, 59 on Grand Bahama, 13 on Eleuthera, nine on Abaco, nine on Exuma, three on Andros, one on Mayaguana and five with locations still pending.

Up to January 10, the total number of cases recorded since the start of the pandemic was 29,489, with 6,195 still active. There were 118 people in the hospital, with 112 moderately ill and six in the ICU.

Minnis said yesterday that with the positivity rate reaching in excess of 50 percent, he does not doubt that one in every three Bahamians has had the virus due to community spread, adding: “It is severe. It’s everywhere.”

The government, in partnership with the private sector, launched its free COVID-19 testing pilot program on New Providence on Saturday, with a capacity to perform 400 tests per day.

The capped figure was the result of budgetary allowances, according to Press Secretary in the Office of the Prime Minister Clint Watson, though full costing remains unknown.

During his national address, Davis announced that the 400 slots were filled quickly for testing. He said the government expanded free testing to 800 on Monday and will offer 1,000 tests per day as of yesterday.