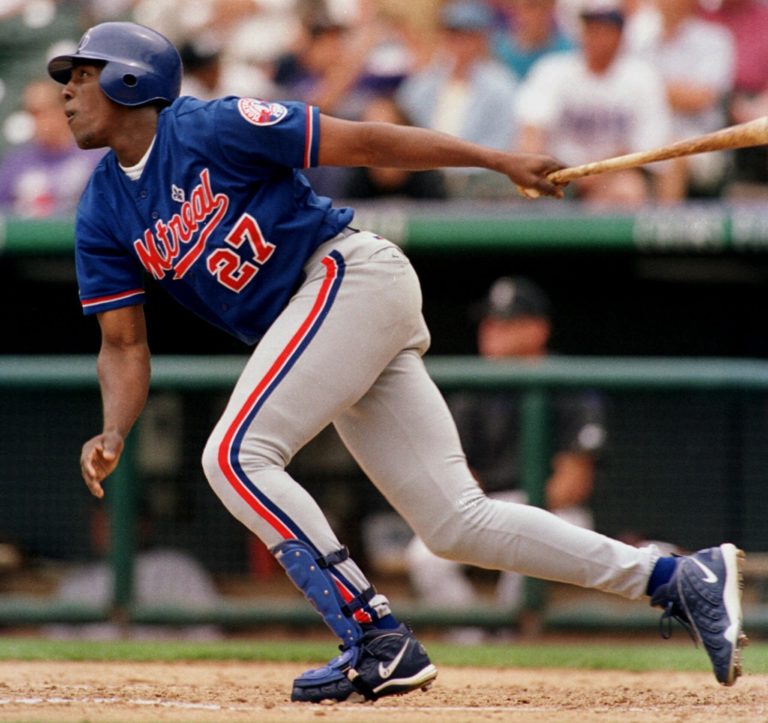 NEW YORK (AP) — Vladimir Guerrero is going into the Hall of Fame with a halo over his head.

Guerrero will become the first player to wear an Angels hat on his bronze Hall plaque, a surprise to many because he spent more time with the Montreal Expos.

Guerrero made the announcement Thursday, a day after he was elected to the Hall by an overwhelming margin.

“I toiled over this for a long time, because the Canadian people mean a whole lot to me,” he said through a translator.

The Hall gets the final say on how a player is depicted in Cooperstown. The decision leaves four current franchises without a cap in the plaque gallery: Colorado, Miami, Tampa Bay and the Washington Nationals.

Guerrero played eight of his 16 seasons with the Expos and six years with the Angels, who started as an expansion team in 1961. He said his run with the Expos was a time “I’ll never forget, very special years for me.”

Reggie Jackson and Nolan Ryan are among those who played for the Angels but have different caps in the Hall. Gary Carter, Andre Dawson and Tim Raines have Montreal hats on their Hall plaques.

Angels owner Arte Moreno, who signed Guerrero to a $70 million, five-year contract as a free agent before the 2004 season, was with the nine-time All-Star during his Hall of Fame news conference.

“This is such a proud and special day for Vladimir Guerrero, his family, his countrymen in the Dominican Republic and of course all Angels fans,” Moreno said in a statement. “His election into the Hall Of Fame is so meaningful and impactful for so many. We are proud and privileged that he becomes the first player enshrined in Cooperstown wearing the Angels logo. He represented four quality organizations during his playing career and his induction is special for each,” he said.

The slugger started out with the Expos and played half his career there. He joined the Anaheim Angels in 2004 and was with them for their rebranding as the Los Angeles Angels.

Guerrero was a four-time All-Star with both the Angels and Expos. He hit .323 with 234 home runs for Montreal and batted .319 with 173 homers for the Angels.

An outfielder for most of his career, Guerrero finished up as a designated hitter. He spent one season with Texas and reached his only World Series in 2010, and played one more year for Baltimore. Overall, he hit .318 with 449 homers and 1,496 RBIs in 16 seasons.

Guerrero, Chipper Jones, Jim Thome and Trevor Hoffman were elected to the Hall on Wednesday by the Baseball Writers’ Association of America. They will be enshrined with Jack Morris and Alan Trammell, who were picked by a smaller committee, on July 29