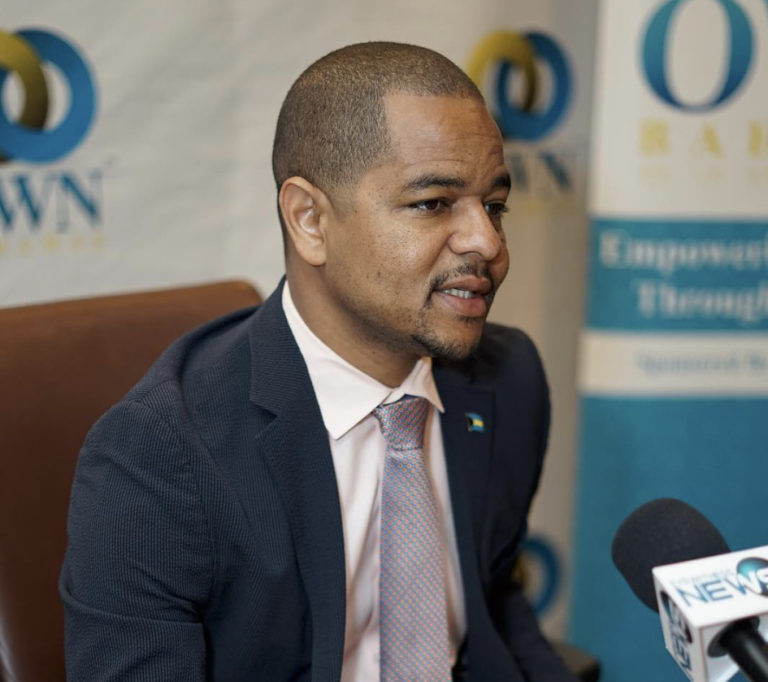 When I gave my talk at the BTC InKnowVation conference, I had a clear message in mind. BTC capped off its small business month by hosting the conference geared toward helping business owners embrace powerful, real-world business solutions—harnessing innovation and creativity. But, beyond the confines of conference halls and outside of the needs of small businesses, the need for growth, creativity, and innovation is of national importance.

The World Trade Organization Impact Assessment report, authored by Oxford Economics in partnership with the Bahamas Chamber of Commerce and Employers Confederation, most recently made the case for innovation.

In assessing the traditional industries that drive the Bahamian economy, the report asserted that “sectors such as financial services and hotels & restaurants have contracted in recent years, underscoring how the traditional growth engines of the economy have struggled.”

For example, the tourism industry, which employs directly 27% of the workforce, and indirectly, around twice as much, is becoming increasingly uncompetitive. The report argues that this is because it is expensive to visit The Bahamas and we are facing growing competition from other tourism markets.

We need to have a national conversation about innovation, not just because our economy depends on it, but because the quality of life of all Bahamians depends on it.

This piece is the first in the three-part series of opinion editorials taken from my talk at BTC’s InKnowVation conference. I hope that these pieces hope will spur the kind of conversation and action that can help incubate and drive innovation in The Bahamas.

Successful businesspeople spend a lot of time talking about how they’ve become successful, but we don’t hear too much about their failures.

During an interview this year, Microsoft Co-Founder Bill Gates made a surprising statement that caught many people off guard. He said, “The greatest mistake I ever made, is whatever mismanagement I engaged in that caused Microsoft not to be what Android is today.”

In today’s world, only two operating systems dominate the mobile phone market. You’re either using Apple or your using Android.

Microsoft initially attempted to launch its own mobile operating system first— Windows Mobile. But what they had developed wasn’t touch-friendly and still relied on a stylus-pen. In retrospect, this should be a clear indication of how off the mark they were.

They spent months arguing internally over whether the company should stop focusing on developing software. At the time, Microsoft’s CEO, Steve Ballmer, predicted that the iPhone would flop because it did not have a keypad, and business consumers wouldn’t want to buy it, especially given the high price at which it was introduced.

After all the internal fighting and slow decision-making, in December 2008, Microsoft decided to throw out Windows Mobile and try something different— developing the Windows Phone.

This decision is what Bill Gates said was his “greatest mistake ever.”

While Microsoft made the switch from software to hardware, Google bought Android for $50m, and as Bill Gates admitted, Microsoft missed a $400 billion opportunity.

As business owners, even as a country, what opportunities to innovate are we missing? What lessons can we learn from stories like Microsoft’s $400 billion misstep? And, how much are these missed opportunities costing us not just in money, but improving the lives of all Bahamians?

Sometimes when we think of innovation, I believe we think of it too narrowly. We talk about innovation like it can only mean significant changes or groundbreaking new inventions.

The changing technological landscape means that we have to understand what is coming down the pipeline, how new technology is transforming culture and the way we do business, and how we can adopt this new technology to adapt for success.

One mistake Microsoft made was missing the changes in the technological trends—they failed to anticipate what was next.

Thinking that the world would still be focused on stylus pens and keypads, they missed exploring the touchscreen trend and lost their place in the market, costing them billions in potential revenue.

Microsoft is a technology company, so tech trends are obviously vital to them. But, no matter what industry you’re in, considering how the technology most relevant to the way you operate your business is evolving should be relevant to you too.

In the past, striking oil is what made you rich, but today data is the new oil.

For those us in financial services who are familiar with the KYC process and all the unnecessary pieces of paper it comes with— passport, utility bill, blood sample— today knowing your customer means knowing their behavior, knowing what products they like, and even knowing the time they spend browsing your website, for example.

We have all had that moment where we said something out loud or made a random Google search, and all of a sudden, advertisements pop up in your email and on your social media. It can be scary!

Advances in technology have made it easier than ever before to collect data points about customers and citizens. Understanding customer interests, mapping their behavior, and targeting key demographics can be done through free online services or even on your favorite social media sites.

How are our businesses, public services, and other institutions using data to be more responsive, engaging and effective?

The use of what can now be considered basic technology, such as high-speed data, smartphones, and native apps, has become routine for most of us. They are mainly designed to make our lives more efficient, productive, and convenient. Within our businesses, technology should be integrated throughout and implemented strategically, with a clear understanding of how it is transforming the way we live.

The reality is we live in a world where our customers want convenience— to click two buttons and toilet paper appears at their front door. And as business owners, we should want to streamline our operations—making it less expensive and less complicated to do business.

Just over 15 years ago, BTC was moving from analog cell phone services to digital and launching QUICKCELL, their first pre-paid platform. This was a huge move at the time.

I realized that there was a new distribution opportunity on the horizon, so I bought phone card machines and put them in several gas stations, supermarkets, and other high foot-traffic establishments.

At the time though, making these new phone card machines work wasn’t easy. I scored big by anticipating the opportunity phone card distribution would create but making that opportunity work was a nightmare.

Imagine the amount of time and energy these inefficiencies used up. And, think about the sales opportunities I missed if I didn’t get to a phone card machine in time before it ran out of cards.

To address the operational madness I encountered, I quickly modified the phone card machines and added printers to them. I also negotiated with BTC to sell me just the PINs found on the phone cards, which I could be sent to me by email.

I was now able to load the phone card machines with PINs remotely, improving my efficiency and ensuring that the machines were never out of product. This also meant that BTC didn’t have to waste time and money printing phone cards.

The best part of it all— I haven’t been back to Perpall Tract since.

When you encounter a problem like I did, embracing technology that can make your operation more efficient and your customer experience more convenient makes all the difference.

In 1996, famous scientist Clifford Stoll wrote. “The truth is no online database will replace your daily newspaper, no CD-ROM can take the place of a competent teacher, and no computer network will change the way government works.”

Like Microsoft’s former CEO, we all now know he was absolutely wrong.

As business owners and leaders, we should be asking, how can we reduce the number of steps our customers take to make a purchase or access a government service? How can you place your business or the power of government in the palm of their hands? Or better yet, how can streamline and better monetize this new desire for convenience?

At some point, we must have a come to Jesus moment and realize that “doing business” won’t get “easier” unless we harness innovation. This means anticipating technological trends, understanding how these trends are changing the world around us, and integrating the most applicable technology to make our businesses and public services run smoother and the lives of our customers and citizens easier.

As we think about the future of our organizations and again, even our country, there is no deciding about whether we should embrace technology. Because if we want to remain competitive and be successful, embracing technology is no longer a choice, it is a must.

Good read. This reinforced my belief that The Bahamas have tons of opportunities for those who are bold enough to seek them.

Awesome read, I can’t wait for the other parts. This is what I’ve been trying to get local businesses to understand for years.