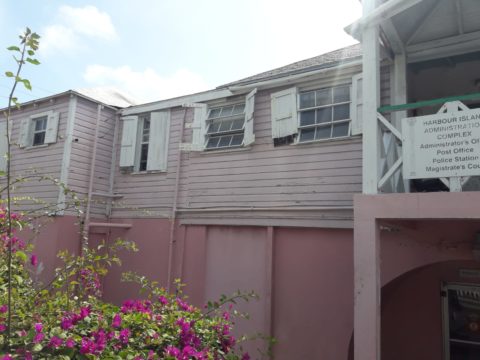 HARBOUR ISLAND, ELEUTHERA – Four government workers are protesting an alleged infestation of mould and rodents at the administrative complex in Harbour Island.

Martin Lee Grant, a supervisor for the government’s 52 weeks program, claimed conditions at the historic building have deteriorated due to neglect.

Grant said two workers from the post office, and another two from the Administrator’s office were protesting conditions on Thursday.

He described the mould growth as “horrific”, and said the rats were so big they resembled raccoons.

Grant added one of the workers was forced to take sick leave due to alleged harmful conditions.

“The mould has been accumulating for quite some time, and it’s really sad no one has paid attention to it. Due to the sickness of staff, we are hoping this matter can be addressed. 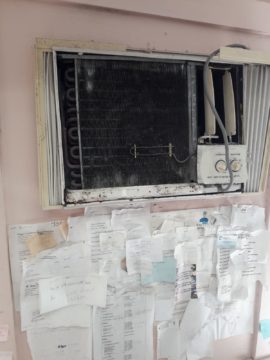 “We just want to get some attention to the matter,” Grant continued.

“We don’t have permanent administrator on Harbor Island, and it shows. But we contribute just as much money in the consolidated fund, million of dollars.

“We need a permanent Adminstrator, Abaco economy is down, Grand Bahama is down, Eleuthera is next up.

He added: “The roads are in chaos, there’s the water issues. We need some attention.”

When contacted, Central and South Eleuthera MP Hank Johnson said he was advised by the manager of the building of a mould issue that has persisted for some time.

“There are other issues at that property and the staff has reached that point now,” he said.

“The property needs some attention.

“… I have not seen it as I have not been there to see it, but I’m understanding from the manager that this has been going on for quite some time now.”

When asked about plans to address the mould, Johnson said: “I hope and trust that my government will find a solution to it by way of having it repaired or take the necessary steps to relocate them.”