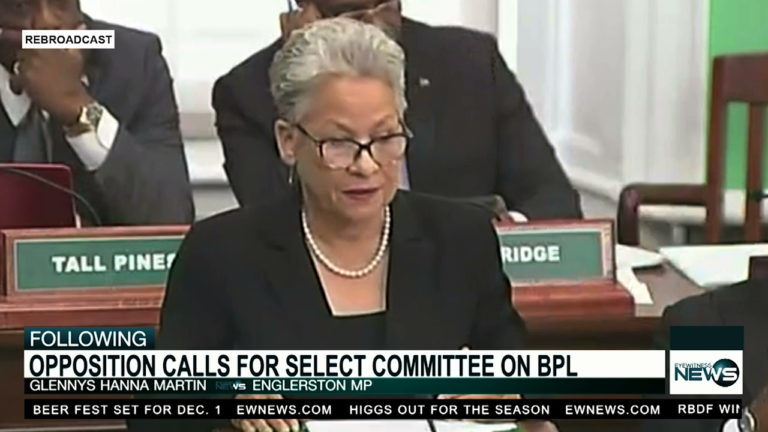 NASSAU, BAHAMAS – Practicing conservation is not lowering the cost of electricity rates, and Bahamas Power and Light (BPL) must be facing a serious dilemma that consumers are not aware of, Englerston MP Glenys Hanna-Martin suggested on Wednesday.

“We know the bills have doubled and tripled, and while we accept the advice of the Minister that conservation is good and is indeed essential, we know that something more serious is underlying. The dilemma that every consumer is facing from BPL, it will not be solved with simple conservation because the cost of electricity has skyrocketed,” said Hanna-Martin.

The Englerston MP was giving her contribution to the value-added tax (VAT) Act (Amendment) Bill in the House of Assembly.

Hanna-Martin said while she believes that conserving energy is good, the government has provided no real analysis as it relates to raising the ceiling of the VAT exemption.

The initial exemption, when implemented back in July 2018 during the Fiscal Responsibility Bill, exempted all Bahamas Power and Light Bills under $200 from the 12 per cent VAT increase.

At the time, Minnis said, “given the circumstances that has given the rise to the temporary spike in the fuel surcharge component of consumer electricity bills, the government is mindful of the impact this increase has on all Bahamians, especially on the poorest and most vulnerable.”

On Wednesday, however, Hanna-Martin said the same category of persons who benefitted from the VAT exemption are now paying more each month.

“The burden has increased and it is undermining the rationale for the VAT exemption in the first place,” Hanna-Martin said.

According to the Englerston MP, many of her constituents are being impacted with the high cost of electricity bills. She said that it is her hope that when the government launches its Over-the-Hill initiative, they would consider an initiative to restore electricity in the homes of working class and poor Bahamians.

“This will have a more direct impact than the measures that are being proposed,” she said. “What are the solutions for these people? The VAT exemption can’t help them.”

Hanna-Martin said yesterday’s debate was only a means of “piling crisis upon crisis” as it relates to high rate of electricity bills. She asked what measures would be put in place to keep the lights on of those whose bills are not included in the $300 VAT exemption.

“I am talking about those outside the limit, what relief would be offered to them,” Hanna-Martin asked.  “To [those] small and medium size businesses which are today struggling to keep their doors open and to keep people employed.

“These monthly electricity bills that we are seeing are unsustainable. Will the lights be disconnected? What is the solution? Bahamians cannot bear this burden,” she said.