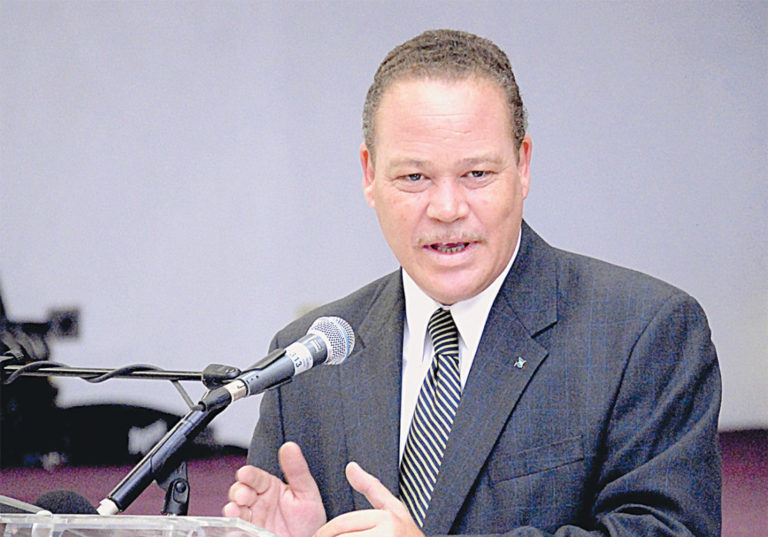 Attorney General Senator Carl Bethel reasoned that the controversial 2018/19 Budget was simply a “sincere” attempt to meet the “enormous fiscal and financial restraints” of the country.

Bethel, who outlined the explanation in the opening debate in the Senate last week, explained that the budget is dealing with 10-30 years’ worth of unresolved debt, as a result of borrowing by successive governments.

“Truly we are being called upon to do more with less,” Bethel said.

“The chickens have come home to roost. The old model of what is called ‘deficit financing’ has reached the point of no return. It must be addressed for the good and welfare of every Bahamian.”

The minister pointed to a  recurring $300 million addition to previous administrations budgets to pay off new roads, buildings, and repairs for hurricane relief works.

“Now we see that the amounts needed for public works each year and post the 2009 financial crisis has risen to $300 million a year. This borrowed $300 million each year is added to the burgeoning national debt.

“And now we have to borrow one billion dollars this year simply to ‘roll-over’ debts that have come due and pay the interest payments owed on money already borrowed.

“The interest component will be added to the national debt. The ‘rolled-over’ loans will be at a higher rate of interest than before because of the four downgrades under the former Administration, and the debt burden each year will inexorably increase to the point of economic strangulation and collapse unless we act now.”

Bethel also blamed the country’s poor fiscal state on the former Christie administration, noting that previous budgets never actually addressed the growing national debt, and instead, only promised to lower the ‘increased rate’ of financing.

Shortly after the budget was tabled in the House of Assembly (HOA) a poll by Public Domain revealed that 76 per cent of Bahamians were opposed to it.