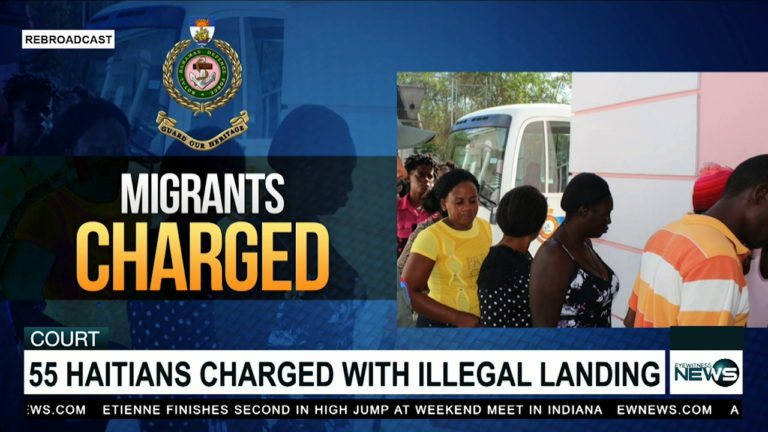 NASSAU, BAHAMAS – Immigration officials hauled dozens of illegal Haitian migrants before the courts on Friday, charging them with illegal landing.

The group of 55 Haitian nationals were apprehended by immigration officials between January 3 and January 7.

Additional searches in the area uncovered the remaining 26 migrants.

The group of 45 males and 10 females, who appeared before Magistrate Cara Turnquest on Friday morning, all pleaded guilty to illegal landing.

Immigration officials have confirmed that the group of Haitian nationals are expected to be deported soon.

There has been a total of 311 Haitian migrants apprehended in 2019.