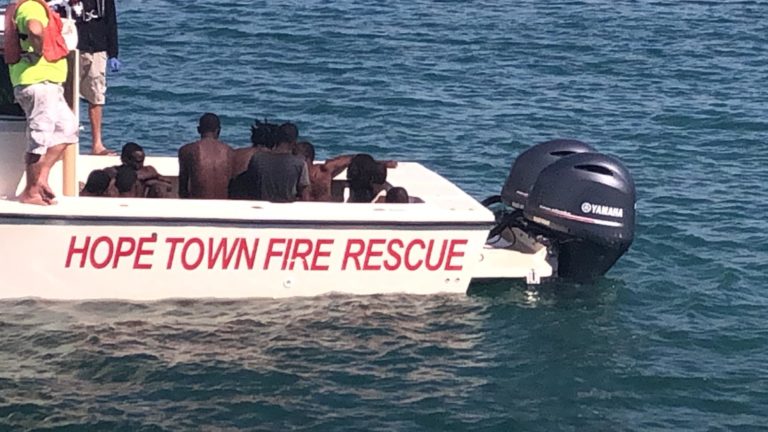 NASSAU, BAHAMAS — President of the United Haitian Association in The Bahamas Pastor Antoine St. Louis yesterday appealed to the Haitian government to do more to ensure the borders are better protected so that Haitians cannot make perilous journeys to The Bahamas and other countries.

“We continue to just push that the Haitian government will continue to do whatever [it] can to put some kind of stop to this because it has been going on over and over, and in the past — less than 15 years ago or so — three times it has happened,” St. Louis told Eyewitness News Online, when contacted for comment.

“It is a very sad situation. We know the situation that Haiti is in, but also believe that the government can and should do everything that [it] can do to better.

At least 27 migrants drowned in waters near Fowl Cay, off Man-O-War Cay, Abaco, and 17 were rescued after their sloop ran aground around 9:30 p.m. Friday.

The pastor said when he made the announcement of the fatal attempt during the night service at Victory Chapel Church of the Nazarene, there was a “sadness” that spread across parishioners.

One woman in the congregation came forward and said four of her cousins were onboard the sloop.

According to St. Louis, the woman said she understood they had all died.

“This is a very, very sad situation that affects all of us because human lives have been lost at sea [as a result] of them trying to seek a better-off life, to seek freedom and that’s what took place,” he said.

“It affects all of us and we express our deepest sympathies to the families of those who lose their lives at sea.

“We are praying for those families as they come to grips with what took place over the weekend.

“… I have not received any calls from Haiti and we are waiting on the embassy to see what we can do.

“The funeral home called me to see what is going on and I told them whatever we can do to assist, we will do.”

According to reports, several of the migrants who survived claimed 45 people made the journey.

However, immigration officials believe the figure could be as high as 80.

In November 2013, 30 Haitian migrants drowned near Harvey Cay, in the Exuma Cays, after their sloop ran aground and capsized.

Authorities with the assistance of the U.S. Coast Guard rescued 111 migrants — 19 women and 92 men.

They have only asked for the dead, what about those who survived?