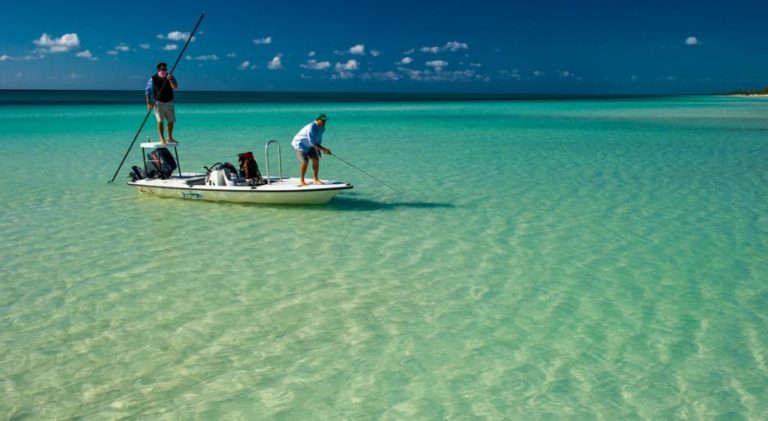 NASSAU, BAHAMAS — Flats fishing has an annual economic impact of roughly $170 million, affecting some 8,000 Bahamians across the country, according to local research and conservationist Justin Lewis.

He referenced data from the Ministry of Tourism, which indicated that 56 percent of the 11,000 stopover visitors who visited Andros in 2018, participated in flats fishing.

The industry had a direct annual expenditure of over $35 million, Lewis said.

“Across The Bahamas flats fishing impacts over 8,000 Bahamians. It brings in $169 million. That is spread throughout the islands, especially the smaller islands where flats fishing occurs,” said Lewis.

Lewis stressed the need for habitat conservation for the sustainability of the industry as the greatest threat to flats fishing is habitat loss and degradation.

The Bonefish Tarpon Trust has carried out a tag and recapture program since 2009 to identify bone-fish habitats, migration, and spawning routes, he said.

He noted that there are 14,000 bonefish tagged across The Bahamas and 670 which have been recaptured.

While a catch and release method is used in The Bahamas, Lewis underscored how guides and anglers handle the fish is nonetheless vitally important to sustainability. Bonefish Tarpon Trust has developed a guide to how it should be done.

Another challenge facing the industry is the lack of new anglers coming in.

“Speaking with some of the lodge owners, there have noted that there is a lack of new anglers coming, Lewis said.

“They had a set of anglers that always come down every year but now those anglers are too old or deceased in some cases and they are not being replaced by a younger generation of anglers.  There needs to be a  way to attract new anglers to The Bahamas. Another major issue we are having in The Bahamas and will start facing over the next 10-15 years is the lack of young people in the industry especially on the guide’s side.”