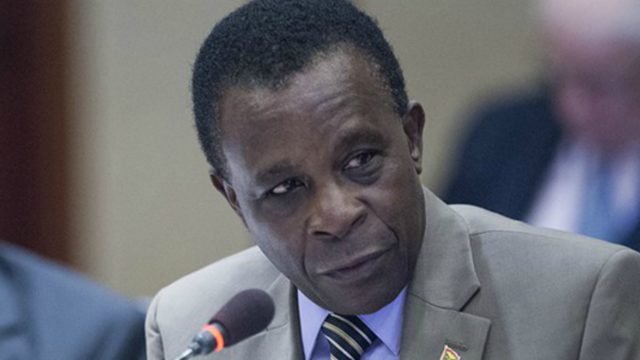 These recent comments were a reiteration of similar remarks made by Mitchell last year, accusing WRB of interfering in Grenada’s political process.

In an invited comment, WRB spokesperson, Murray Skeete, vice president of engineering and regulation, reiterated that “WRB has not participated in Grenada’s political process in any way, ever – no contributions, no support and no involvement.”

Skeete pointed out that WRB addressed this subject in November 2017 in a press statement and its position remains the same, namely:

“Despite being approached at various times by all political parties, Grenlec, WRB and GPP have never made a campaign contribution to any political party since Grenlec’s privatisation in 1994.

“We have never, and never will, interfere in any way at all in Grenada’s political process. Our sole focus is to provide the best electricity service possible to the people of Grenada.

“We have always been, and will always be, steadfastly neutral with respect to Grenadian politics. Utilities should have no involvement in politics, and politics should not be involved in running utilities.”

In March 2017, GPP submitted a formal demand to the government of Grenada to repurchase GPP’s shares in Grenlec.

The demand was issued in accordance with the binding privatisation agreement (referred to as the share purchase agreement or SPA) that the government entered into with GPP and WRB in 1994.

That privatisation agreement requires the government to repurchase the Grenlec shares that government sold to GPP if government elects to take certain unilateral actions (defined in the SPA as “Repurchase Events”) that cause serious operational impairments or economic injury to Grenlec or its private sector investors.

According to WRB, the government’s decision unilaterally to enact the Electricity Supply Act of 2016 has triggered numerous Repurchase Events under the SPA.

Since then Grenlec and the government have engaged in a war of words, including what the company described as untruthful statements made about the company in Parliament and in the media.