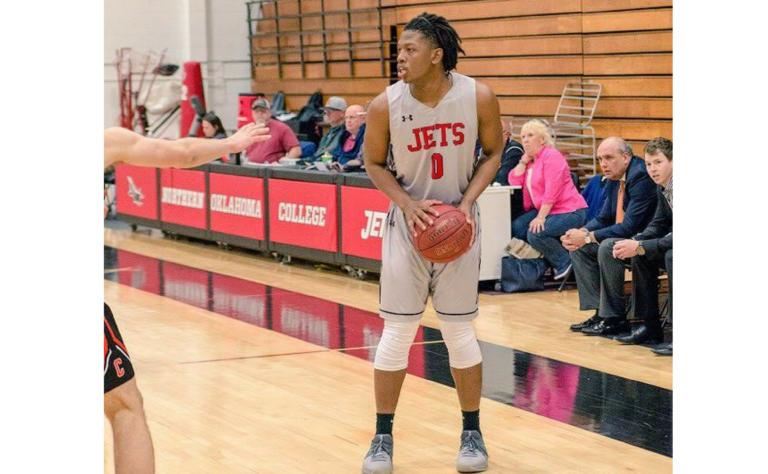 Just weeks after committing to Texas A&M International University, junior forward Sebastian Gray said he is already working to ensure he is in the best condition possible ahead of arriving on campus in the fall.

In a recent interview with Eyewitness News Sports, Gray said he’s looking forward to expanding his game with a larger program over the next two years.

Gray is moving on from the junior college ranks at Northern Oklahoma College Enid, where he spent the first two years of his collegiate career.

“Playing on both sides of the basketball and being effective in whatever role they put me in. It’s all about making adjustments. That’s a part of the game of basketball. However, I think my experience playing at Northern Oklahoma, and being the leader that I was last year, will benefit me greatly.”

For the past two years, the 6’6” wingman averaged 12 points and eight rebounds per game for the Jets.

“Last year I think I learned how to be a more consistent player,” he added.

“You have to be able to bring it every game. Just the little things really make a difference. My attention to detail has improved. I don’t mind playing point guard to power forward. I just have to make sure I’m in shape and able to perform at the best of my ability.”

According to Gray, the togetherness of the Dust Devil team, combined with an excellent academic program, led him to commit to Texas A&M International.

In his freshman year with Northern Oklahoma, Gray appeared in 25 games and averaged 11.9 points, 8.1 rebounds and 2.2 assists per game.