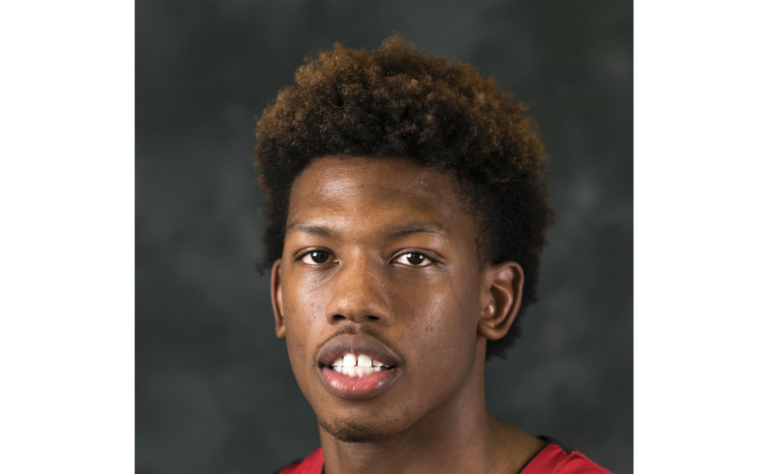 Junior forward Sebastian Gray is looking to take his game to the next level in the fall when he suits up for the Texas A&M International University men’s basketball team.

Gray will be moving on from Northern Oklahoma College Enid, where he spent the first two years of his collegiate career. The 6’6” wingman averaged 12 points and eight rebounds per game for the Jets last season.

According to Gray, the togetherness of the Dust Devil team, combined with an excellent academic program, led him to commit to Texas A&M International.

“The academics was a key part to me choosing Texas A&M International,” Gray said.

“The unity of the team, program and community everyone is together. I also really like how the coaches push players to be better.”

Coming into a more competitive league, Gray said he expects to have an impact on the team right away.  The Dustdevils compete as members of the Heartland Conference. The men’s team has won two conference titles (2010 and 2013).

“Our expectations are to win and compete every night,” he added.

“It’s a winning program and we want to continue to win. What I’m going to bring to the team is my experience and toughness. Having already played two years of college basketball, I have a feel for it.

“I’m just ready to work hard and have a fun time doing it.”

The New Providence native took on a leadership role with the Jets last season as one of five sophomores.

“Compared to my freshman season, last year I was more aggressive scoring, rebounding and defending at a high level,” he said.