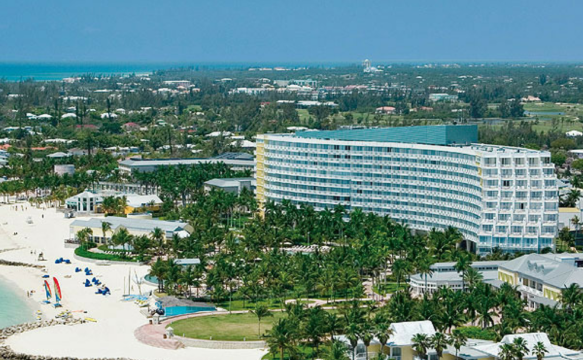 Despite a pledge by the Minnis administration to have the stalled Grand Lucayan Resort open “very soon”, Chief Executive Officer (CEO) of Wynn Development Paul Wynn – who is currently in negotiations with the government to purchase the property – said Wednesday that the deal is “proving to be very difficult”.

“It is very complex,” said Wynn.

“It is a very difficult project but I think we are almost to the finish line now. It has been very hard and the government has been absolutely fantastic.

“The government has been trying hard to get this project open and get people working again but, having said all that, we are almost at the finish line but it’s just very difficult. I think the government is taking the avenue of not being all inclusive because it’s difficult and too competitive to go against countries like Mexico or the Dominican Republic or Cuba.”

Deputy Prime Minister Peter Turnquest said he is still hopeful a heads of agreement (HOA) will be signed before the summer.

“They are continuing to be committed to this project and we expect it to be completed soon,” he said.

“The discussions, the negotiations are now under way with respect to the operator of the project, which is coming along very nicely, and we expect to have some resolution to the fine details in short order. And hopefully we can bring that heads of agreement in a very short amount of time.”

The Grand Lucayan hotel closed for repairs in October 2016 and never reopened.

Last December, the prime minister announced that a letter of intent (LOI) had been signed between Hong Kong-based conglomerate Hutchison Whampoa and Canadian real estate development company Wynn Group, for the sale of the Grand Lucayan.

At the time, Dr. Minnis said, the approval stage and formal discussions with the Wynn Group would “be completed within the next month to two months”.