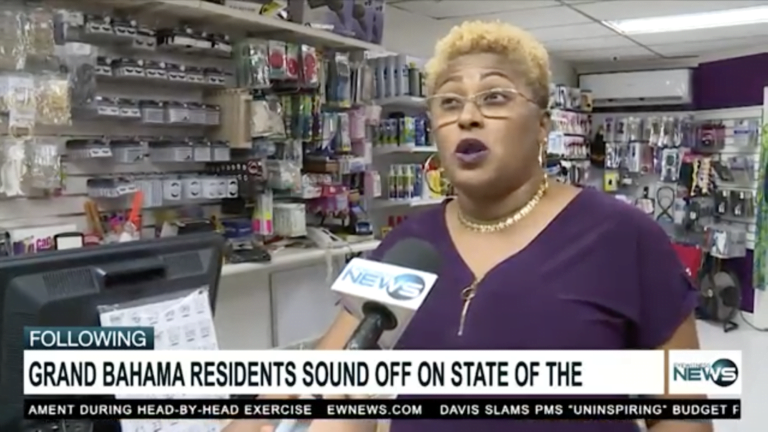 NASSAU, BAHAMAS – Despite a number of promises made to Grand Bahamians about the government’s efforts to boost their economy, many residents have expressed concerns that the many developments earmarked to revive the ailing economy remains at a standstill, as many persons are still unemployed and suffering financially.

At the beginning of the Minnis administration’s tenure in 2017, several promises were made to the people of Grand Bahama, including the transformation of the island to a tech hub, the sale of the Grand Lucayan Hotel with additional job creation, a new cruise port and other economic opportunities.

However, to date, many Grand Bahamians have expressed that they are still waiting to see the fruit of the government’s labor.

During a recent visit to Grand Bahama, Eyewitness News Online spoke to several residents who lamented the existing state of the nation’s second city.

“I remember when the hotel was open you would have people, workers from the hotel, coming the minute they get their checks and they would shop,” recalled Erika Williams, a Grand Bahamian store owner.

Williams noted, however, that  because the poor state of the economy, a lot of people have relocated from Grand Bahama to Bimini, Abaco or Exuma in search of employment.

“I’m a shut in, but when I do come outside, I don’t like what I see,” said resident Denton Kemp.

Another resident who lamented the lack of jobs on the island said, “you don’t see everybody pitching up going on these different cays, doing all kinds of evil things just to survive? People want work man.”

A business owner on the island who spoke to Eyewitness News Online on the condition of anonymity said that he has seen the hurt of residents first hand, having to give away free meals to many residents who cannot afford to buy food.

While recognizing the issues, Minister of State for Grand Bahama, Kwasi Thompson, still believes that things have gotten better.

“But that does not mean that things have gotten better for everyone in Grand Bahama,  so that’s why the government has to stay committed,” Thompson admitted.

Meanwhile, Minister of Finance and Member of Parliament for East Grand Bahama, Peter Turnquest, said that the government is doing all it can to bolster the economy, but he noted that these things take time to prove effective.

“Unfortunately, we are at that stage of the development where we want things now. We’ve felt that we’ve put in enough investment and things should be turning around for us,” Turnquest said.

“Unfortunately, it doesn’t work that way in development. It takes a little while for things to turnaround.

“What we’ve done is we’ve put in place over the last two years, the ground foundation where we can now hopefully see the fruits of that work.”

Turnquest added that while the economy seems to be stalled, the government is currently in the middle of two major projects for the island with some headway expected to be seen within six months.