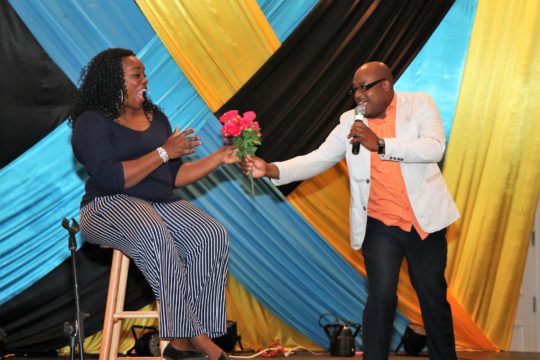 During the morning gospel session, Mr. Porteous received cheers for his performance of “Total Praise” and Ms. Stubbs shone onstage with her rendition of “Alabaster Box”.

In the afternoon session, they returned to sing modern soul standards and showcased their stage presence and skills to standing ovations from the audience.

More than 500 entrants are expected to take part in the Festival in dance, drama, the visual arts and music until April 5.  (BIS Photos / Eric Rose)