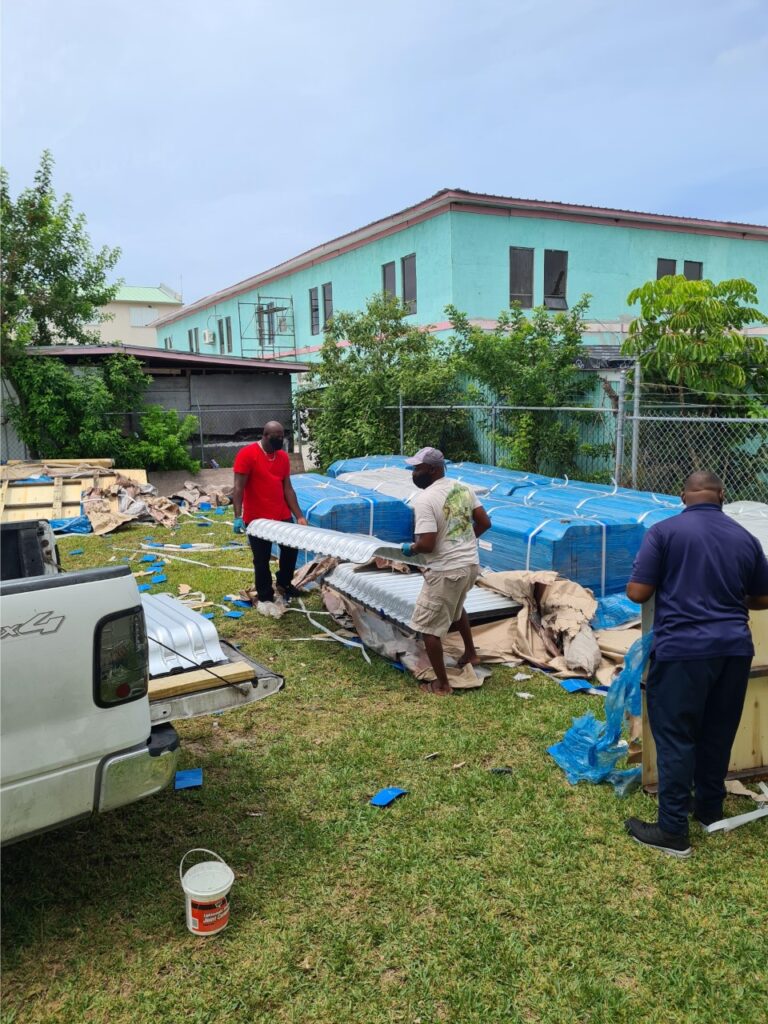 The Food and Agriculture Organization of the United Nations (FAO) in partnership with the Bahamas government is providing lobster condos to fishermen on Grand Bahama and Abaco who were impacted during Hurricane Dorian. (PHOTO: FAO)

NASSAU, BAHAMAS — In partnership with the government of The Bahamas, the Food and Agriculture Organization of the United Nations (FAO) is supporting artisanal and commercial fishers affected by Hurricane Dorian to continue their livelihoods by distributing new lobster condos that will aid in rebuilding the lobster sector and the local economy.

Fishers, processing houses and the entire fisheries industry, which is strongly supported by the northeast Bahamas, were severely impacted during Hurricane Dorian in September 2019. Nearly 40 percent, approximately USD $8.6 million, of the total estimated damages to the industry were related to the loss of lobster condos.

With the partnership between FAO and the government, a total of 3,750 lobster condos will be distributed throughout Grand Bahama and Abaco to registered fishers affected by Hurricane Dorian. Weighing scales and a freezer were also distributed to a Sweeting’s Cay resident to assist in rebuilding a fish buying station. These instruments will assist in the rebuilding of fishing communities throughout both islands.

Raymon VanAnrooy, FAO senior fisheries officer, said: “The 3,750 lobster condos have a total value of nearly USD $127,000 and were distributed to more than 60 lobster fishers. Each of these condos is estimated to produce an (ex-vessel) income of USD $100 in lobster tails per year for the fishers. The condos are expected to contribute more than USD $1 million in income to the lobster fishers in the coming years.”

FAO and the government of The Bahamas officially began distributing condos on June 17, 2021 on Grand Bahama that continued for four days. Distribution on Abaco will take place in early July 2021.

Acting Director of Marine Resources of The Bahamas Gregory Bethel said: “The condos will be easy to handle, more affordable and are expected to last longer than the traditional condos of pressure-treated wood and roof tins.”

In the coming months, FAO plans to conduct several training workshops on fish trap construction to improve the trap construction skills of local fishers. Fish traps and spare parts for outboard engines will also be distributed to some affected fishers. The traps will incorporate biodegradable panels to reduce potential ghost fishing if traps are lost in the future.