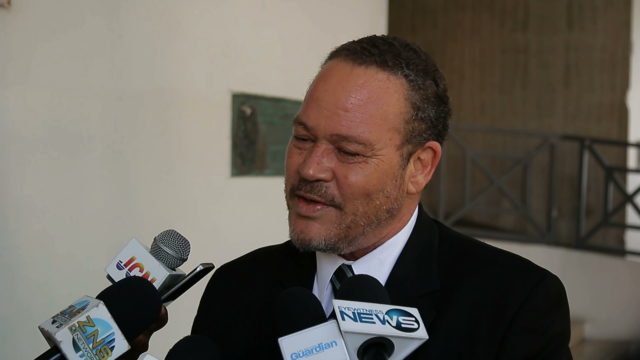 Rights Bahamas on Thursday berated the government for its decision to retain an independent legal team to take over its case on the injunction filed by Fred Smith QC, on behalf of some shanty town residents hoping to avoid government’s August 10th demolition.

Attorney General Carl Bethel confirmed yesterday that the government has retained Harvey Tynes, QC along with Robert Adams of Graham Thompson & Co. in Grand Bahama among others, to review the claim brought by Smith, which states that the Minnis administration acted illegally when it ordered shanty town residents to vacate their communities by today.

“It is a crying shame that the Free National Movement (FNM) government would seek to waste hundreds of thousands of public dollars, just to save face over its reckless and ill-conceived plan to exterminate certain irregular communities in The Bahamas,” the statement read.

According to the release, the move to hire outside attorneys is a slap in the face to the dozens of hard-working [Bahamian] lawyers at the Bahamas Attorney General’s office, whose salaries are also paid by the public.

“It is also a glaring admission that the government lacks confidence in its own position in the case,” the statement continued.

“If the judicial review challenge before Justice Cheryl Grant-Bethel is so lacking in merit, as the government has suggested, then why resort to such drastic measures in fighting it?”

Back on July 30, Rights Bahamas filed a class-action lawsuit on behalf of shanty town residents, in an effort to delay the government’s plan to demolish the unregulated communities come August 10.

In a letter to high-ranking officials, including Prime Minister Dr. Hubert Minnis, Smith, QC, noted that the group plans to apply for an injunction to maintain the status quo until the courts can determine a proper outcome.

The government has however maintained that it plans to proceed with the shanty town shut down.

Just four days before today’s deadline for all residents to vacate, the Supreme Court upheld the injunction putting a stop to the demolition process.

The government was not deterred by this latest action however, as Bethel asserted that he and his office anticipated this move and were preparing to respond via the courts, and that the government is adamant on implementing its new policy to eradicate unregulated shanty towns.

Rights Bahamas said it sees the new move by Bethel’s office as the government finally realising that “the case … is very strong and that people’s fundamental rights are indeed being violated under the eradication policy.”

However, the organisation also blasted the government for retracting the policy and agreeing to act in accordance with the rule of law.

“…their response has been to put on a public relations song and dance, hiring expensive private lawyers for the duration of what is likely to be a lengthy legal contest, all in an effort to convince Bahamians who are angry at their handling of this, that the government is taking the matter seriously.”

Bringing to the forefront the most recent public announcement the government made to cut Social Services uniform assistance, Rights Bahamas stated, “an administration that claims to be the guardian of fiscal responsibility, a government so broke that it can no longer provide school uniforms to less fortunate children, has suddenly found the money to fund a team of top attorneys.

“Meanwhile continuing to pay the entire office of the Attorney General, essentially to sit on their hands and watch? What a mess.

“Perhaps it would have been better not to stoke the fires of xenophobia and ethnic discrimination in the first place.”

The organisation said it is confident that, as usual, the country’s judicial system will recognize and act to defend the fundamental rights of every individual who resides in this jurisdiction.