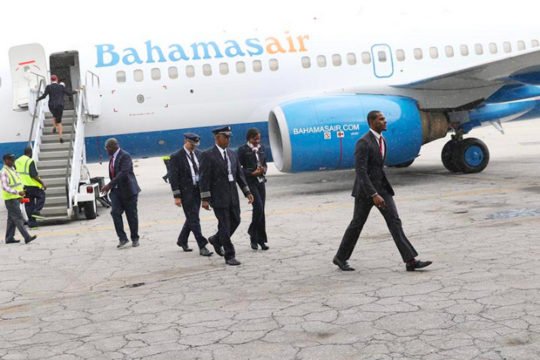 NASSAU, BAHAMAS – While originally allocating $8.95 million for “travel and subsistence” in the upcoming fiscal year, the Minnis administration has allocated an estimated $18.93 million, according to the budget for 2019/2020.

The increases in this budget cycle were previously explained as proper accounting of the line item following underbudgeting by the previous administration.

When contacted yesterday, Financial Secretary Marlon Johnson explained that the government has moved to the new GFS accounting classification and the way in which line items are represented have changed.

“Essentially, what that would mean is that the information you see under the head is rolled up to cover all functional elements under that particular item,” Johnson told Eyewitness News Online.

“The travel you see there from one figure to the next figure, include travel elements that would have been a program line up in the previous budget.

“What do I mean by that?

“…In the Ministry of Finance, we used to have something called the Financial Intelligence Unit (FIU).

“In the current budget, because it is broken [down] by function, all travel related to a particular unit inside that agency would now roll up into that travel line item and not be in that former unit head.”

The largest increase for travel and subsidence in upcoming budget was reflected in the Ministry of Social Services.

In the current budget, the allocation for domestic travel was $178,000.

In the Ministry of Foreign Affairs for example, travel for the upcoming fiscal year is $166,250, up from the previous allocation of $100,000.

The Royal Bahamas Police Force is projected to spend $1.25 million on ‘travel and subsistence’ in the upcoming budget, up from the $1.08 budgeted during this period.

Meanwhile, the budget showed increases in travel for the Department of Education.