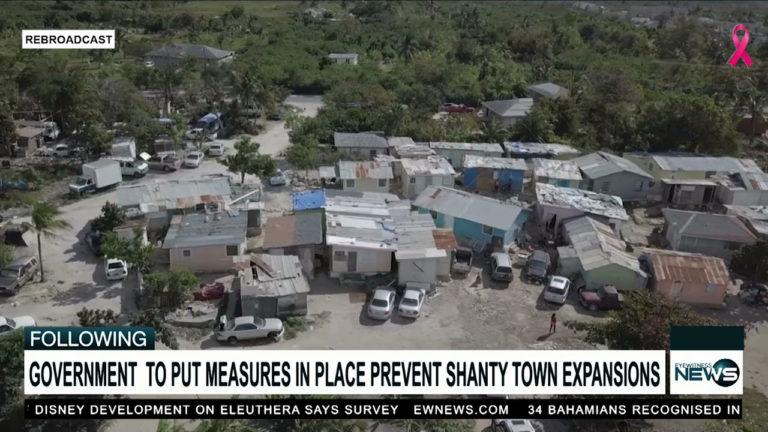 Attorney General Carl Bethel has made application to the court to prevent the expansion of shanty towns across the country.

This move comes after a discovery by the Ministry of Works that expansion – or the adding on of structures – was taking place in existing shanty towns.

Commission chairman and Labour Minister Dion Foulkes said despite a court order preventing government from evicting residents from shanty towns in New Providence, expansion must not be allowed.

“The attorney general has made application to restrict any further development and expansion,” he said. “We had an incident in Golden Isles where the Ministry of Works had to put a stop order on an expansion that was taking place. We hope to put a stop to it until the courts determine the outcome.”

Back on July 30, Rights Bahamas filed a class-action lawsuit on behalf of shanty town residents, in an effort to delay the government’s plan to demolish the unregulated communities on a self-imposed deadline of August 10.

In a letter to high-ranking officials, including Prime Minister Dr. Hubert Minnis, Frank Smith  Smith, QC, noted that he hopes to maintain the status quo until the courts can determine a proper outcome.

The government has, however, maintained that it plans to proceed with the shanty town shut down and a survey of shanty town communities continues throughout the Family Islands.