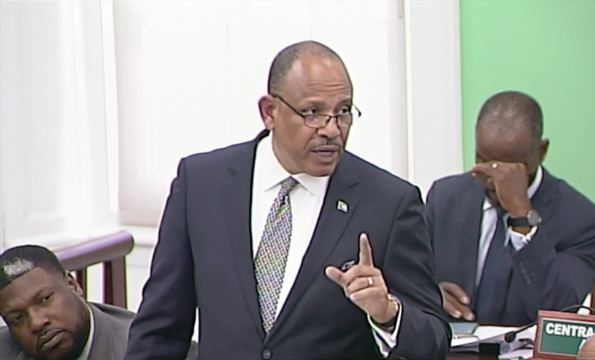 “However, as this new budget is heralded into effect the Bahamian people will touch in their cupboards and feel in their wallets the work done over the last fiscal year to make healthier food options more affordable through a reimagined and less obesogenic breadbasket.

“Specifically, Bahamians can look forward to spinach, broccoli, romaine lettuce, apples, oranges, strawberries, beans, peas, almonds and so much more being not only VAT-free, but price protected.”

When contacted for a timeline on when the government will eliminate VAT on these items, Sands said, “We’re just about done.”

The government eliminated VAT on all breadbasket items with the exception of sugar on August 1.

The government said it would continue to add to the list of VAT-exempt breadbasket items to eventually include items such as nut.

The expanded breadbasket list is in part to tackle the epidemic of non-communicable diseases in The Bahamas, Sands indicated.

To this end, the government has allocated $1.765 million to implement targeted wellness initiatives.

Although the allocation represents an 18 percent increase over the previous budget, the minister said it was not enough.

The funds will be used to re-launch the Cyclovia program, aimed at getting people active; determine a health literacy baseline and improving it through a multi-pronged approach; enhanced digital presence for the public to engage with the health system; expanding access to nutritional counseling and education and reducing the preventable blindness rates from diabetes.

Sands said the Ministry of Health does not plan to stop there.

He said his ministry has heard the cries across the archipelago over reduced duty or duty-free concessions on varied produce and food items not being passed onto customers.

He pledged to work with civil society, consumer protection, grocers in The Bahamas, among others to remedy the matter.