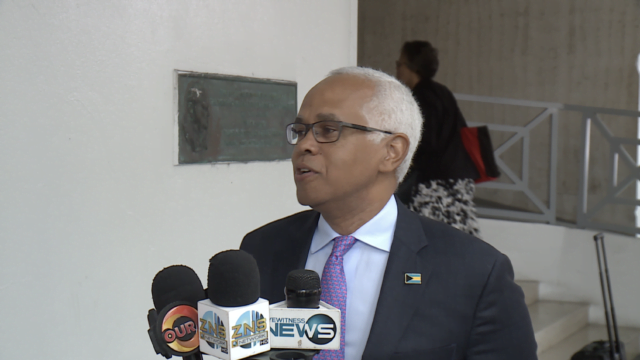 NASSAU, BAHAMAS – After nearly a year of negotiations between the government and gaming houses, the government is finally ready to debate and pass legislation that would set a tax scale for the gaming industry, which may take effect as early as July 1, 2019, said Dionisio D’Aguilar, the minister of tourism who also has responsibility for gaming.

“We have reached a decision and we have reached a conclusion on that [tax scale]. We are going to lay in parliament new gaming legislation, hopefully before the end of this month. It will be laid, debated, passed, gazette and [will take] effect,” said D’Aguilar before heading to Tuesday’s Cabinet meeting.

D’Aguilar said the legislation will basically outline a gaming tax and one passed, all parties will be expected to comply.

“I am looking for this [tax] to go into effect on the first of July,” D’Aguilar said.

Effective January 1, 2019, all licensed gaming operators were expected to pay 15 per cent on $0 to $24 million dollars of revenue and operators earning anything greater than $24 million will pay 17.5 per cent.

Also, effective April 1, 2019, a new tax was introduced on all winnings derived from lottery bets.

In its 2018/2019 fiscal budget, the government announced plans to tax the gaming houses, some of them, up to 50 per cent on annual earnings. The announcement, however, did not sit well with gaming operators who took the government to court to fight the new tax scale. Since then an agreement had been reached but D’Aguilar said some gaming houses were not compliant.