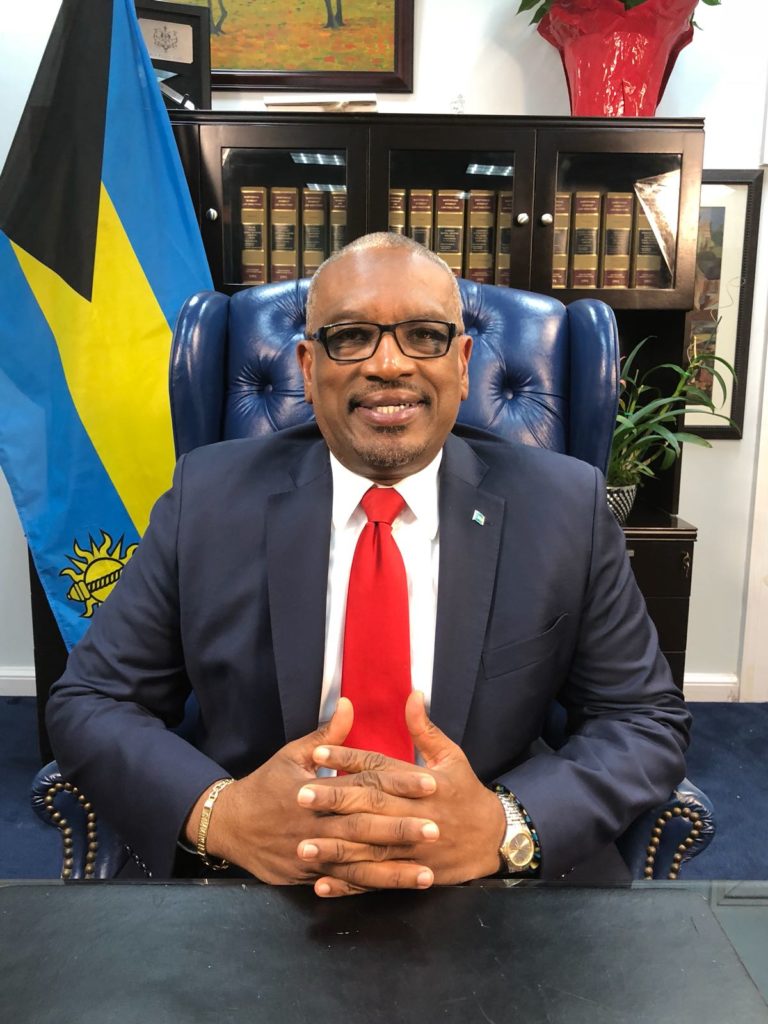 NASSAU, The Bahamas – The Government of The Bahamas’ plan for the restoration of the Grand Bahama economy is well underway with the private acquisition and management of the Grand Lucayan assets, including the hotels, the golf courses and the casino, Prime Minister, Dr. the Hon. Hubert A. Minnis told the nation Monday night.

Delivering his first National Address of 2018, Prime Minister Minnis said although the transaction is “far from completed,” it would not be an exaggeration to say, that the Minnis Administration would have accomplished in a few months, what was not done in a decade.

Prime Minister Minnis also announced that the Government, in conjunction with the Ministry of Tourism, has negotiated additional airlift agreement with Sunwing, which should commence this year.

Senior Officials of the company involved with the Grand Lucayan deal are on the ground in Grand Bahama meeting with government officials, while the company’s technical team are at the property doing due diligence. A team from Sunwing is doing the same thing.

Sunwing Airlines is Canada’s leading leisure airline, offering vacationers more direct flights to “the sunny south” than any other leisure carrier with “convenient flight services” from over 35 airports coast to coast providing easy access to over 40 of the most popular vacation destinations — including the Caribbean, Mexico, Central America and Florida.

The airline boasts one of Canada’s youngest and most fuel-efficient fleets — comprising over 40 Boeing 737-800 aircraft.

Prime Minister Minnis said the reopening of the two properties will “significantly improve” the economy of Grand Bahama, including tremendous increases in employment, and related business and economic opportunities.

The Prime Minister said his Administration has also moved to fulfill a second promise made to Grand Bahamians – this promise being to focus on the development of Freeport as the focus of an offshore technology hub.

“Last week (January 21-24), I led a delegation to Austin, Texas, one of the more prominent technology hubs in the United States,” Prime Minister Minnis said.

“While in Texas, we met with several companies that expressed interest in contributing to and taking advantage of the opportunities, that are developing in Freeport.”

Prime Minister Minns said Administration officials have also successfully negotiated with Bahamas Paradise for the return of the Grand Celebration and the introduction of a new vessel, the Grand Classica, which will bring additional stopover visitors to Grand Bahama.