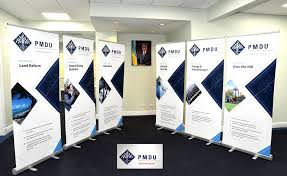 NASSAU, BAHAMAS – With the country on pace to record fewer than 90 murders this year, the government has set a target of reducing murders in The Bahamas over the next two years to 85.

According to the Prime Minister’s Delivery Unit’s annual report for the period May 2018 through April 2017, baseline of 122 murders in 2017 was used.

There were 90 murders recorded in 2018, the lowest murder count since 85 was recorded in 2009.The target goal for 2021 represents a 10 percent decrease in murders over last year.

As of June 23, 2018 there were 52 murders, representing a reduction of 19 percent compared to the 42 murders recorded in the same period this year.

The Unit states, “It should be noted that the stated crime reduction targets are not intended to suggest that eradication of crime is not the ultimate target”.

“These targets, more than under any other priority’s targets, are used as a gauge of performance over time.”

The 56-page report outlines the objectives and key performance indicators of a host of ministries, including the Ministry of National Security, which details baseline and targets related to reducing crime, strengthening the border, reducing recidivism and trafficking in persons.

According to the report, the ministry has targeted reducing armed robberies from the 575 recorded in 2017 to 488 in 2021, a reduction of 15 percent over the period.

It said the ministry and its stakeholders have implemented strategies to reduce crime, which when compared to 2017 has resulted in a 25 percent decrease in murders, an 18 percent reduction in armed robberies and a 23 percent drop in unlawful sexual offences.

The Unit noted that despite the decline in sexual offences year-on-year, rape “appears to be a problem area” that has increased since 2017, albeit marginally.

The Unit said, “As a result, the ministry, in conjunction with law enforcement agencies have committed to developing appropriate national strategies to surgically address the problem area.”

Additionally, the ministry plans to maintain its tier one rating on the United States Department of State’s Trafficking in Persons Report, the delivery unit notes.

It also plans to more than double the number of inmates in work release programs and personal development program over the next two years.

The Unit noted that only “headlines of information” in the public domain were provided in the report, so as not to compromise the effective implementation of it strategies to achieve the crime reduction targets.

To achieve its targets, the unit notes that the ministry will invest in crime fighting technologies such as closed-circuit television (CCTV) and ShotSpotter technology.

The ShotSpotter program was launched in March with 92 sensors installed across New Providence.

The government plans to spend nearly $6 million on the acquisition of over 500 CCTV cameras.

In his 2018 policing plan, the police commissioner called for the acquisition of body cameras for officers and first responders, the expansion of the closed-circuit television (CCTV) program; and the implementation of drone technology in appropriate areas.

According to the PMDU, the ministry will also increase detection and interception capabilities, as well as improve operational guidance, and adopt a multi-layered security approach inclusive of drones and vessels.

The timeline for the acquisition of drones remains unclear.

As it relates to reducing recidivism, the report indicated that a “proper parole system” will be established; improvements will be made to the Bahamas Department of Correctional Services, and the inmates who occupy the facility will be given greater access to work release program and personal development programs.

It said to reduce human and drug trafficking, the ministry will increase awareness; continue to train law enforcement officers to detect victims; and provide opportunities to report such crimes by establishing a TIPs hotline, the latter of which was achieved this month.

“The Ministry of National Security and its law enforcement agencies will continue to implement their identified strategies to achieve set target,” the report said.

“This will require gaining insights from the data gathered and subsequently analyzed by both law enforcement agencies and the Delivery Unit.

It continued, “Moreover, the Royal Bahamas Police Force calls for an aggressive approach to tackle sexual exploitation and abuse”.