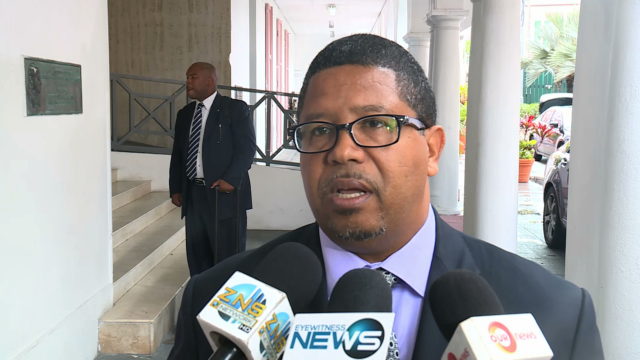 Minister of Finance Peter Turnquest said last week that the government is taking deliberate steps to cushion the impact on the poorest households, by eventually reshaping the breadbasket items for Bahamians.

“… in light of the fiscal measures, which call for a shared sacrifice from all, the government is taking deliberate steps to cushion the impact on the poorest households,” Turnquest said.

“Unfortunately, there has been a lot of sarcasm around the breadbasket with the inclusion of items like corned beef. This is somewhat understandable in the context of our healthy lifestyle push,” the finance minister said.

“But this exercise is not about corned beef. The breadbasket contains substantive items that many Bahamians want to consume and are financially constrained to consume.

“So let us not scorn those Bahamians whose lifestyles are based on the breadbasket.”

Turnquest then stated that his government did not invent or create the longstanding breadbasket list and that rice, soup, cheese, evaporated milk, and yes, corned beef, are the basics that Bahamians, particularly poorer families, rely on for their survival.

“The 7.5 per cent savings that the government is implementing by removing VAT from the breadbasket, as promised, will make a difference,” he said.

“Just think of the relief for a family when it comes to the cost of buying baby food; these targeted measures will make a difference for those families trying to sustain themselves with the basics.”

The Consumer Protection Commission (CPC) and the Price Control Commission (PCC) have an important role to play in ensuring the various tax exemptions are passed on to the consumers, particularly with these price-controlled items, Turnquest added.

Turnquest said that while he could appreciate that for some Bahamians, these savings might seem meager and unimportant, the government has committed to prioritising the vulnerable and the neglected.

“Yes, we will re-shape the breadbasket over time, in concert with a public education exercise, but our immediate actions are designed to provide some cushion as the country goes through this period of shared sacrifice,” he said.

“We will not continue the past practice of neglect and we will not allow vulnerable Bahamians to be left behind or run over by the substantive changes that are now taking place.”

According to Turnquest,  the same principle applies to the VAT savings on utilities.