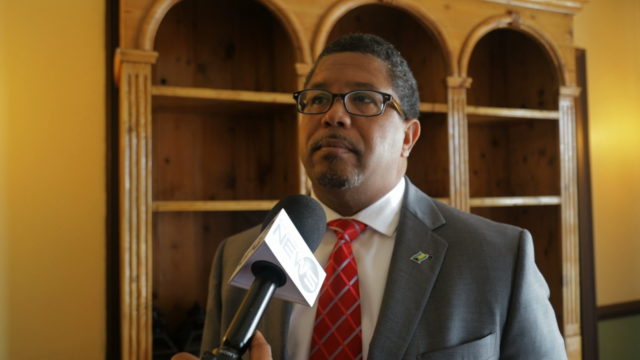 In an interview with reporters last Wednesday, Turnquest gave no date for the when the Minnis administration’s proposed plan to restore hurricane-ravaged Ragged Island will begin, however, he said government is moving full steam ahead to transform it into the first fully “green” island in the region.

“The prime minister would have spoken many times about his commitment to renewable energy and I suppose you can take that as a clue as to the government’s commitment and eagerness for this investment in renewable energies to improve and to accelerate pace,” he said.

“We are committed to Ragged Island being a test or demonstration site for what can happen in The Bahamas and we ourselves in vesting in green technology in respect to our buildings and street lighting and these kind of infrastructure to bring our cost down and to improve the sustainability of our infrastructure.”

On Friday, Ragged Island residents called on the government to bring immediate relief, as they remain without basic necessities, months after Hurricane Irma left the island practically unlivable.

While residents insist they are attempting to rebuild, they said they have done all they can and government must now do its part.

Last Wednesday, Director of the Ministry of Works Melanie Roach revealed that $10 million is being requested, in this years budget, to repair or rebuild government buildings in storm-ravaged Ragged Island and other islands, still recovering from Hurricanes Matthew, Irma and Maria.

Roach said that inspectors from the National Recovery Unit (NRU) have also filed and initial report on their evaluation of private residences in Ragged Island, and that she in is the process of reviewing what assistance can be rendered by government.

She noted that a public school, administrative building, clinic, police station, port and accommodations, will all have to be rebuilt in order to get the islands back to a state of normalcy.

Member of Parliament (MP) for Exuma, Ragged Island and the Cays Chester Cooper, has lamented that the recovery efforts for that island, which was deemed uninhabitable following hurricane Irma, has been too slow and it appeared as if the island was “forgotten”.

Last year, Prime Minister Dr. Hubert Minnis promised Ragged Islanders that the island would be rebuilt and transformed, and that the government would turn the small island into the first fully green smart island in the region.